Kenya will host the third Next Einstein Forum (NEF), the largest African scientific conference, in March next year.

The conference, an initiative of Africa Institute for Mathematical Sciences (AIMS) will gather over 2,500 delegates including four Nobel Laureates in Nairobi to chart the future of science and research on the continent.

The announcement was made today at State House, Nairobi when President Uhuru Kenyatta met the chief executive officer of AIMS Thierry Zomahoun who informed the Head of State that Kenya was chosen because of its robust innovation ecosystem and strong academia-industry linkages.

NEF is inspired by the belief that the next Albert Einstein, the great German physicist who developed the theory of relativity, will be from the African continent. 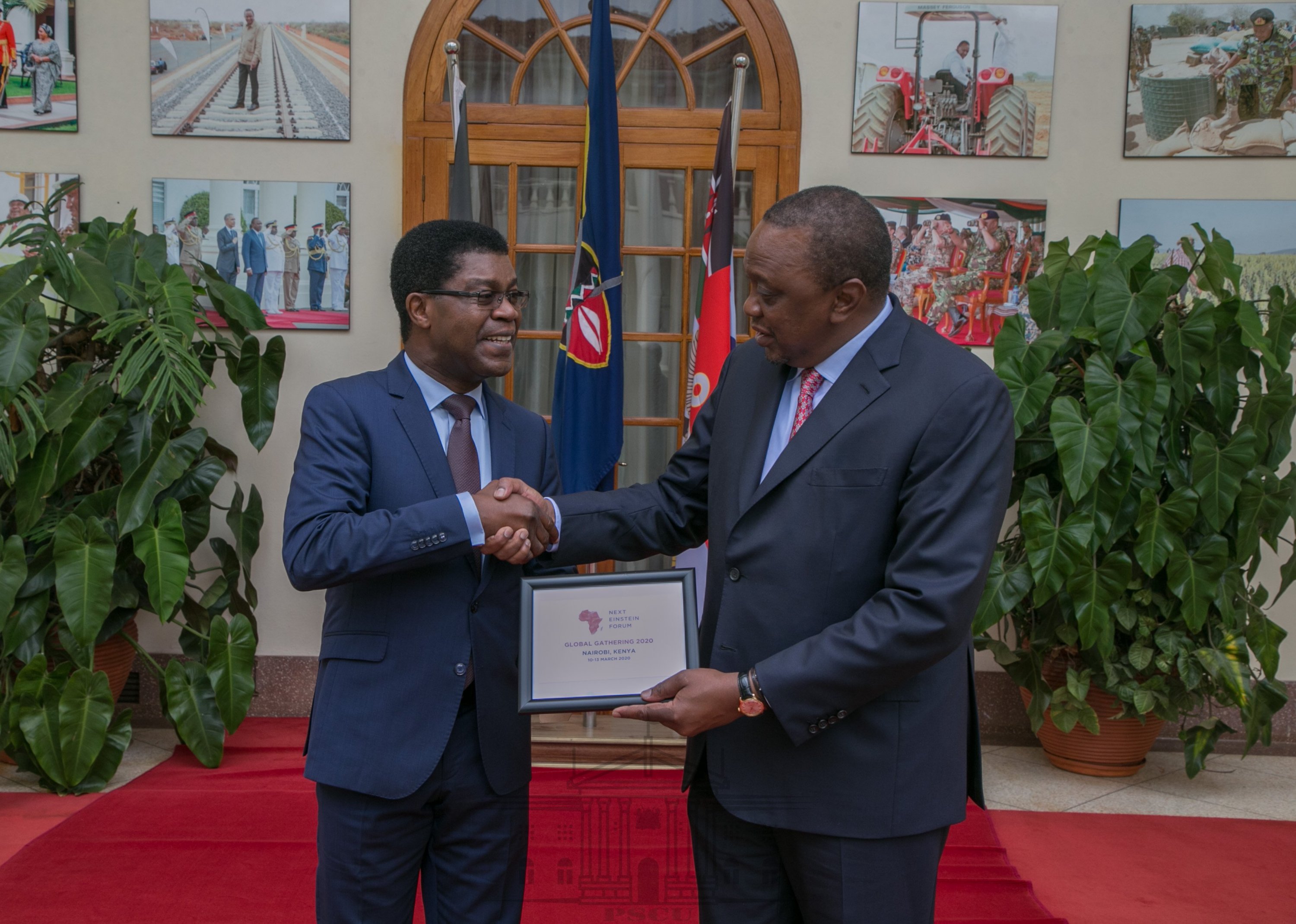 It is a network of centres of excellence in science and research structured to enable talented African young scientists to become innovators thereby driving the continent’s scientific, educational and economic self-sufficiency.

The President welcomed the conference saying it comes at an opportune time when Kenya has embarked on an aggressive programme of enhancing the uptake of science at all levels of education, through the rollout of Science Technology Engineering and Mathematics (STEM) programme.

He said Kenya recognizes that knowledge and skills in the STEM subjects are enablers of industrial growth as the country journeys towards the realization of the Big 4 Agenda and Vision 2030 development blueprints.

The third NEF will therefore provide a platform for Kenya to showcase its ambitious science and innovation programmes as well as draws the world’s attention to the country’s immense potential as investment destination in science and technology.

During the Nairobi conference, the AIMS executive informed the President, at the meeting attended by Deputy President William Ruto, that his organization will launch an award for the best scientific innovation by an African scientist.

The biannual conference which brings together leading scientists, policy makers, business leaders, journalists, civil society leaders, entrepreneurs and scientists was first held in Dakar, Senegal in 2016 while the second edition was hosted by President Paul Kagame in Kigali, Rwanda in March 2018.

On the sidelines of the main conference, Kenya will hold special events such as the NEF Innovation Salon where start-ups from across the world will showcase their products, an African gender summit and an arts and science festival for all ages.