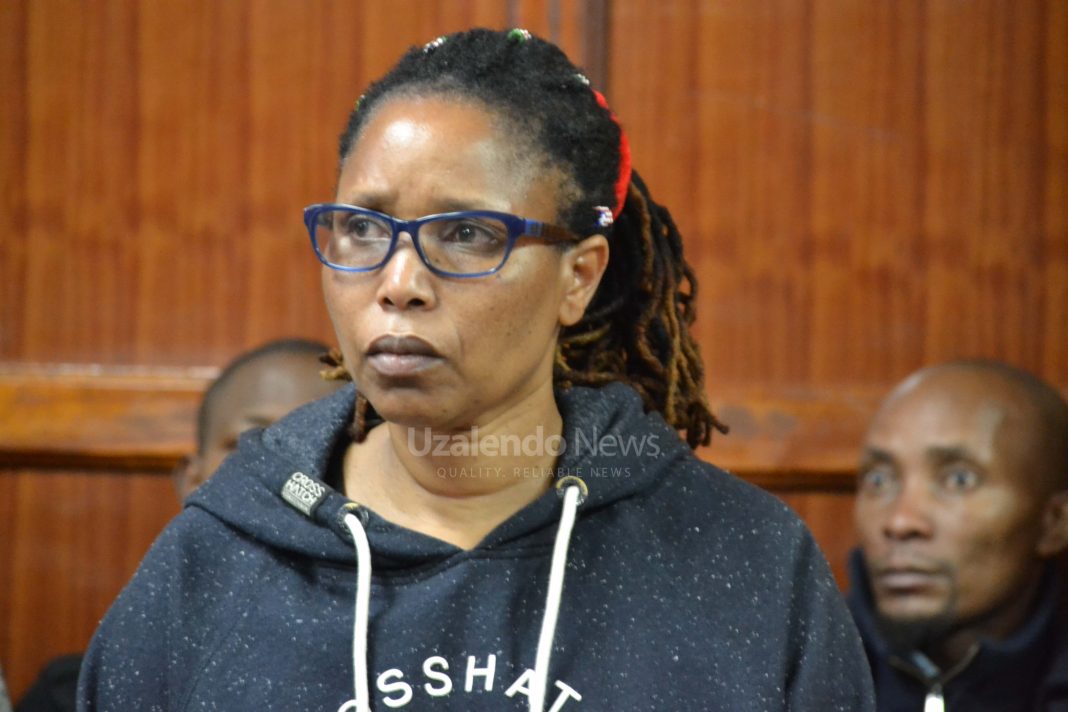 BY PRUDENCE WANZA – A Kenyan woman living in the USA was yesterday arraigned in court over illegally possessing a gun in Nairobi.
Florence Wamucii Kiama alias Florence Wamucii Pfeiffer is accused of being found in possession of a Beretta pistol without a firearm certificate.

Wamucii is alleged to have committed the offence on 7th August this year at the Jomo Kenyatta International Airport (JKIA).
The accused person was also charged with being in possession of 106 rounds of 22 ammunition without a firearm certificate.

She denied the charges before Chief Magistrate Martha Mutuku.
Her lawyer told the court that the accused person has dual citizenship, American and Kenyan.
He further stated that she had the weapon all the way from Las Vegas and passed through three airports where she was cleared but was arrested at JKIA.

The ATPU took her to court under a miscellaneous application in which they sought orders to detain her for five days to complete investigations.

The court heard that she is not involved with terrorism acts with any terror related offences which ATPU intends yo charge her with.
The matter will be mention on 27 August for pretrial and fixing of hearing dates.