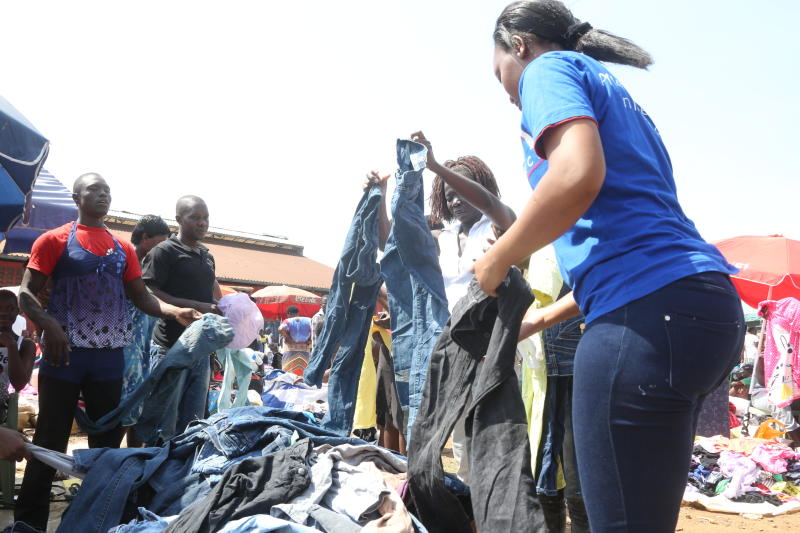 East African citizens will pay more for imported clothes should governments go ahead with plans raise taxes on imported textiles by between 30 and 35 per cent.

Part of the regional tax reforms will also see iron and steel, agro-processing, and wood and wood products imported into the region attract similar duty.

Imported second-hand clothes will now be classified as “sensitive”, and attract duty higher than finished products.

The regional private sector businesses are demanding a 32.5 per cent duty on finished products to protect local industries.

Under the EAC’s three-band tariff structure which came into effect on January 1, 2005, finished goods imported into the regional bloc attract a duty of 25 per cent, intermediate goods 10 per cent, and there is no duty on raw materials.

Sensitive items such as sugar, wheat, rice and milk attract a higher duty of above 25 per cent to protect local industries from competition.

As part of the review of the EAC Common External Tariff (CET), member states have agreed on a new tariff structure of four bands, but failed to agree on the rates to be imposed on goods in the new band.

However, partner states have disagreed on the rate for the highest band, which will be either 30 per cent or 35 per cent for finished products.

The East African Business Council (EABC), the region’s top organ for private sector business associations, has proposed a fourth band, with a rate of 32.5 per cent for finished products
“Under the CET there is a need to have the fourth band. We are considering having either 30 per cent or 35 per cent for the fourth band,” said Peter Mathuki, EABC executive director.

“However two countries, Rwanda and Burundi, prefer the 30 per cent band while the rest prefer 35 per cent. As EABC we propose that the countries come to 32.5 per cent band.

In March 2016, EAC Heads of State expressed their intent to progressively eliminate importation of used clothing as a means to support the region’s textile and apparel industry.

At the time, Rwanda was granted a stay of application of the CET to apply an even higher duty of $2.5/kg for worn clothing, and $5/kg for worn shoes or 35 per cent, whichever is higher.

In 2018, Kenya suspended the EAC’s 25 per cent CET on imported clothes and introduced a specific rate of import duty of Ksh500($5) per unit or 35 per cent whichever is higher, terming the textile sector critical to the country’s job creation under President Uhuru Kenyatta’s big four agenda.

The US supplies approximately 20 per cent of total direct exports of used clothing to the EAC, while Chinese exports of cheap, ready-made clothes to East Africa is estimated at $1.2 billion per annum according to a study by the US Agency for International Development.

According to the EAC Council of Ministers, the stability of the EAC CET has been affected by the frequent stays of applications by partner states, creating distortion and eroding the harmonisation of the tariff regime.