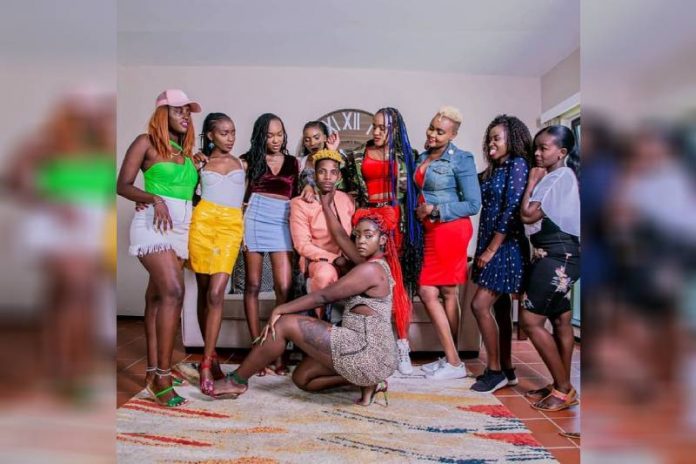 The KFCB board CEO Ezekiel Mutua has demanded the arrest of Eric Omondi because of his wife material show and accused the comedian of running a brothel in the name of a mentorship program. – By Stephanie Mwangi.

According to the CEO Eric has committed a crime because the Big Tyme studios he opened he used them to exploit these 9 girls he has asked the DCI to look into the matter.

“So there is corona and this fool has been kissing multiple girls and recording videos in the name of comedy. Another morally bankrupt socialite is recording more videos teaching these young girls how to have sex with Eric in the devilish program known as Mombasa Raha the studios in Lavington that were opened is nothing short of a brothel, it is a place where beautiful girls are being sexually abused. In the name of art.”

“The fact that the women rights group are quiet when this is happening and the police have not arrested the people behind this and the crimes are evident of how low we have sunk as a society. By the time we get tired of condoning such behavior the damage will be too severe to mend. The DCI should look into it and arrest these criminals doing this things in the name of art.” said Ezekiel

The two have always been on each other’s case. Sometime back, Dr. Ezekiel called out Eric for doing videos that he said need parental guidance and that before posting it he should actually put up a post and say it is sensitive content not meant for young people.

Eric in return told him to stop using his name for cheap PR stunts and that the money he used to put together the conference “…Angempatia aongeze cameras Kwa studio yake.”

Ezekiel made these remarks after the Wife Material show came to an end.