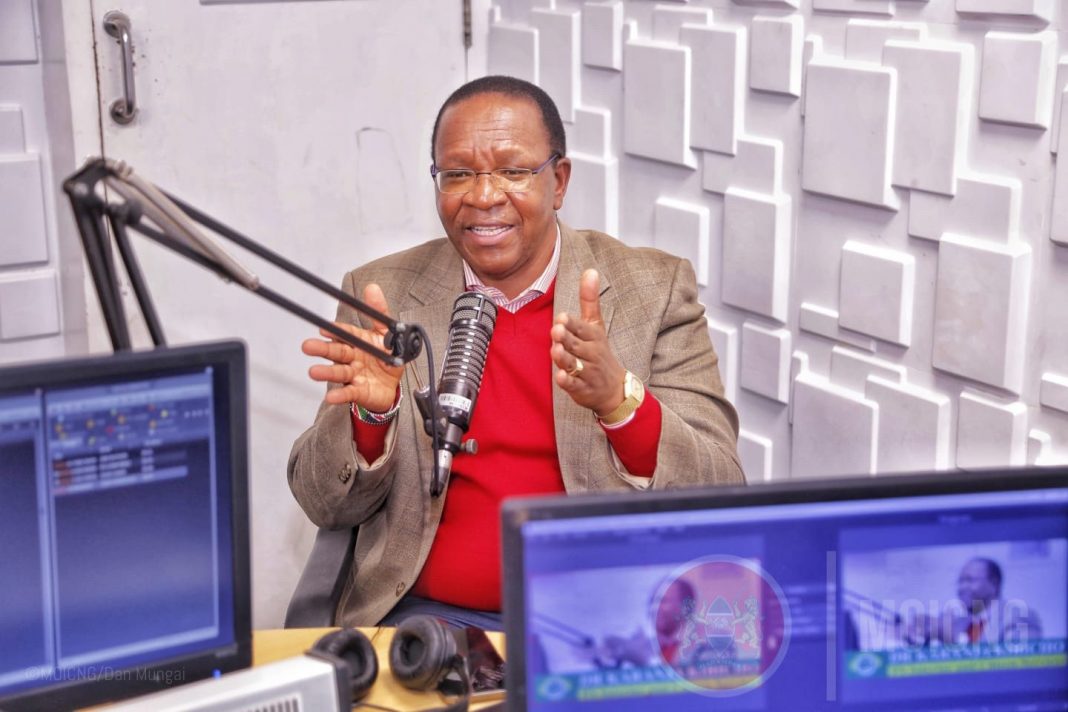 Dr. Karanja Kibicho, Principal Secretary of the Interior, has allayed fears of election-related violence and discouraged stockpiling and panic relocations ahead of next week’s elections.

Dr. Kibicho told Gukena FM and Radio Jambo that there is no need to worry about chaos before, during, or after the elections because adequate security has been deployed across the country, with a special focus on traditional and emerging hotspots.

“There is absolutely no reason for panic as most of the country is green in colour in our potential hotspots map which means there is no cause for alarm. Based on past experiences and other factors, we have been mapping out areas vulnerable to disturbances and have deployed according to the heat maps to ensure every single Kenyan is safe during this period,” he said.

The PS urged Kenyans to disregard scaremongering that is encouraging panic-buying of essential commodities, noting that the government had put in place strategies to ensure peace and free movement of people and goods throughout the election campaign.

He attributed the optimism that peace and order will prevail to early election security preparations that began more than three years ago, as well as security sector reforms over the last nine years.

The reforms include raising the salaries and allowances of police officers, chiefs, and other National Government Administration Officers (NGAOs), as well as better equipping and allocating more and modern relevant equipment.

The PS chastised a group of leaders for attempting to gain political capital by making false claims about police salaries and criticizing their new uniform.

“You have heard these honey-tongued politicians telling barefaced lies that we have done nothing to improve the wellbeing of our police officers. They know that they are insincere and are only trying to pander to the interests of the voters in a desperate attempt to gain support,” he said.

A new specialized hospital for officers has also been built in Mbagathi, Nairobi.

“Kenya has witnessed great many firsts in the last ten years. The level of support towards capacity-building and addressing the welfare of our officers has been profound. We have even built state-of-the art hospitals for them and our plan to provide them with decent accommodation and housing allowances is a work in progress.”

Under President Kenyatta’s regime, expenditure on equipment and weaponry has also increased, which the PS claims has increased officers’ confidence and capacity to perform their duties better.

To facilitate their operations, he revealed that the entry-level salary for assistant chiefs had been raised and supplemented by other field service allowances. In addition, their offices have been granted Authority to Incur Expenditure (AIE) of Ksh 60,000 per year.

“These lies are very annoying to Kenyans. These officers have opened their job mobility and can now rise from Job Group F to Job Group N naturally without being interviewed. And this means their salaries are increased relative to their years of service,” the PS said.

The salary increase has been implemented all the way up to the Regional Commissioners in the NGAOs structure.

PS Kibicho reiterated that he will leave office happy, having laid the groundwork for his successor to have a greater impact in the security sector and implement subsequent reforms.