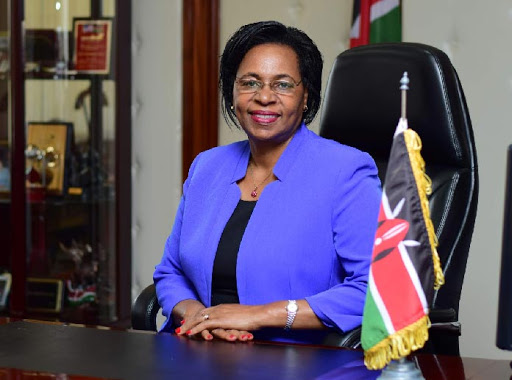 Kenya’s most populous ethnic groups continue to dominate the Civil Service according to a report submitted to the Senate by Public Service, Youth and Gender Affairs Cabinet Secretary Prof. Margaret Kobia.
In the over 400 senior-level management positions in Ministries and State Departments kikuyu community leads with the highest chunk.

The revelations are contained in a report tabled before the senate committee on national cohesion, equal opportunity and regional integration.

The committee had requested the Ministry to provide specific data on the ethnic and regional distribution of high cadre jobs in Government Ministries, Embassies, State Agencies, Departments and Parastatals. The report is derived from data received from Government Integrated Personnel Payroll Data System (IPPD) as at June 2020.

Kalenjins, Luos, Luhyas and Merus are other communities that have been highly recruited into public service.
Distribution of the 417 top cadre officers in the civil service is as follows, Kikuyu 120, Kalenjins coming in second with 45 employees, Lous 41, Luhyas 33 and Kambas 27.

These are senior officers from Job Group T and above an equivalent of State Corporations and State Agencies with highest ranked being Cabinet Secretaries.

Regional diversity has been captured with Kiambu county leading with 29 employees, Murang’a 27, Nyeri 24, Meru 21 and Siaya 15. Parastatals and Embassies, Majority of the Chief Executives of the 286 State Corporations are from Kikuyu and Kalenjin communities with 36 and 35 respectively.

The two ethnic groups are followed by individuals from the Luo, Luhya and Meru communities with 26, 18 and 13 officers respectively.

Prof Kobia says a comparative analysis of the total number of top management in Ministries, State Departments, State Corporations and Embassies against 2019 National Population data shows that all Counties are represented.
She adds that senior positions in Government are competitively filled through advertisements and interviews.

“The Government endeavours to adhere to the policy on regional balancing and affirmative action during recruitment and promotion of its staff while cognizant of the need to maintain professionalism and meritocracy in order to ensure a match between job requirements and competencies. In this regard, experience, qualifications and competencies are considered alongside regional balancing” she explained.