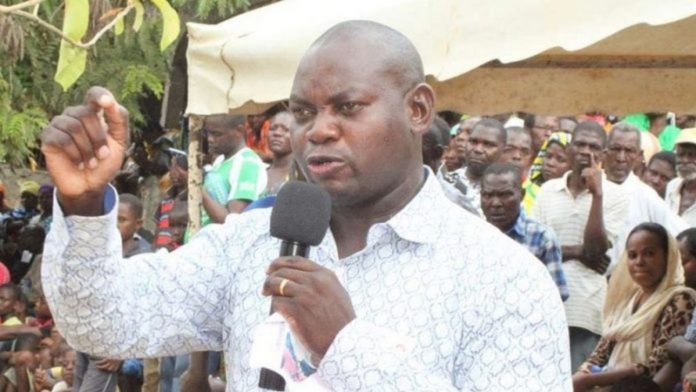 Kilifi Governor Amason Kingi has confirmed that former Kaloleni MP Gunga Mwinga died of Covid-19, even as the family announced that the former Coast Parliamentary Group chairman will be buried  on Saturday at his Chalani home in Kaloleni. – By Ramadhan Kambi

Gunga, a lawyer by profession succumbed to the disease at the Mombasa Hospital on Sunday morning.

“Mr Gunga died of Covid-19 and this now calls for even more stringent measures to make sure that all Covid-19 health protocols are followed in Kilifi county, ” said Governor Kingi after visiting to condole with the family.

“We shall be forced to now up our game in addressing this Pandemic because some people have ignored all that has been kept in place to address the situation,” the Governor added.

According to Kaloleni MP Paul Katana,  two committees have been formed to work on the burial plans.

“The family  sat and informed us that Gunga will be laid to rest on Saturday. There is a committee is meeting in Mombasa while the other one is meeting in Kaloleni,” said Mr Katana.

The MP  further said there were plans to  body from Mombasa Hospital to another morgue, with at  Pandya or Jocham Hospital.

The late Gunga is survived by a widow and three children, Franklin, Ezra and Victoria.