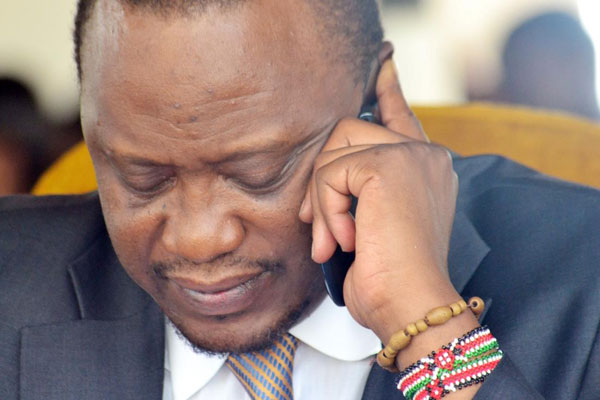 President Uhuru Kenyatta has sent a message of condolence and comfort to the Mudavadi family following the death of Mama Hannah Atsianzale Mudavadi.

Mrs Mudavadi, 92, is the widow of the late Cabinet Minister Moses Mudamba Mudavadi and the mother of former Vice President Wycliffe Musalia Mudavadi.

In his message of encouragement, President Kenyatta described Mama Hannah, who died Monday morning while receiving treatment at a Nairobi hospital, as a devoted, generous and humble matriarch who raised a close-knit family and contributed immensely to the progress of her community.

“Mama Hannah was the cornerstone of the Mudavadi family, a wise woman of few words on whose broad shoulders many people were raised to become great Kenyans.

“Mrs Mudavadi was a gracious and loving mother, a true matriarch who loved and took care of all people, especially those in need, without any reservation,” the President eulogised.

The President said Mama Hannah will be remembered, especially for her love for education and how she assisted many bright children from poor families access quality education.

“She was tireless, humble and persistent figure who modelled a generation of illustrious leaders. We honour the marvelous life Mama Atsianzale led and the indelible legacy that she leaves behind.”