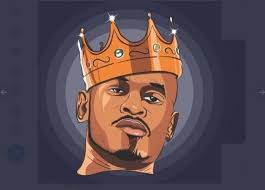 Kenyans famous rapper Kennedy Ombima AKA king Kaka recently released a song titled Wajinga Nyinyi ,where he is heard calling out major ills in the society that have been caused by poor selection of leaders when it comes to voting and poor leadership from the leaders themselves.

(City Stadium has been under renovation for three years… while Sonko is dancing in the office.)

(KRA are stealing from us to give the money to thieves… sips tea containing mercury.)

(You have offshore accounts full of money… Waititu’s daughter’s account has a Sh100m deposit.)

(Moha has closed his eye, ‘Jicho pevu’ has become blind, Huduma number was a scam.)

The rapper is also calling out women representatives who use money allocated for sanitary towels for girls,and Nairobi Woman Rep Esther Passaris did not take this lightly and went ahead to state that she had no control over the sanitary towel budget.

He has no idea that we do not control the sanitary towels budget, we only aided the distribution (not all counties received) with the area chiefs. We as women reps have also been following up sanitary towels with the current line Ministry Education,” she stated.

“The girls are ours. Let us all take responsibility. Before you down your next ‘drink’, buy some sanitary towels for your daughters or the schools in your neighborhood. We can’t leave it all for Government,” she conveyed.

“You insult me for lack of knowledge. It is not I who is the ‘mjinga’ it is you who has failed in being honest with yourself and seeing the truth that stares you in the face. It might be fashionable to insult me. But I’m not the one failing you, if I’m, tell me where I failed you?” she angrily said.

Due to the big discussions going on , on the internet the rapper on Saturday 14,December ,asked for protection through a tweet and also tweeted that if worse comes to worst he should be picked from the police station.

Singer Bahati also was not lucky as netizens attacked him for being a hypocrite who supported the government during elections and is now supporting the song.

Some of the comments from social media were-

(What is this person saying… and he was campaigning for jubilee)

Emmanuel Ochieng – They say there is a better devil, in this context we say we are the better wajinga and you the big mjinga for promoting jubilee into power.