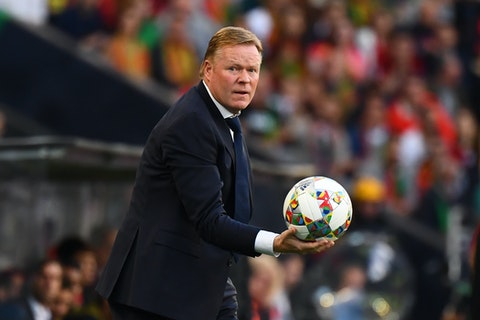 Hear me out on this one on why Koeman might just be a phenomenal manager for Barcelona. Ronald Koeman may not have the best managerial record like most managers of the very best football clubs. Koeman was a disaster at Everton, however, the Dutch manager has shown signs of being a promising manager at Southampton and the Netherlands national team.

Koeman is yet to have his first game with the senior squad as their manager, however, the steps that the Dutchman has already taken has indeed shown some sign of promise.

What are the early signs?

Let’s start with the midfield. The game against Bayern Munich in the Champions League or even the business end of the La Liga Santander showed the world that the club lacks a motivated and energetic midfield.

Koeman has already bid goodbye to Ivan Rakitci and next on the line is Arturo Vidal. In return, the Dutchman is closing in on the signing of Gini Wijnaldum. The Liverpool man may not be the best technical midfielder, however, he is a workhorse that the midfield at the Camp Nou lacks.

In the attack, Koeman has taken the bold decision to sell Luis Suarez this summer or bench him for the majority of the season if no deal is finalized. Antoine Griezmann will play in his natural position which is in the centre where the former Atletico Madrid forward thrives. This is something that Ernesto Valverde and Quique Setien failed to do.

Let’s talk about business now. Yes selling Ivan Rakitic for cheap was indeed a poor decision and the same would follow with Arturo Vidal, however, Barca is reportedly closing in on Memphis Depay and Gini Wijnaldum for less than 50 million euros. Both the players were chosen by the Koeman himself and are not signings that the board pushed forward. Something that Valverde could not do since he was a puppet in the hands of the board.

In the end, these intangible actions do not count and are not remembered. A manager is judged by his statistics and trophies won. Similarly, if Koeman wants to be remembered as a great manager he must win games and most importantly win trophies.