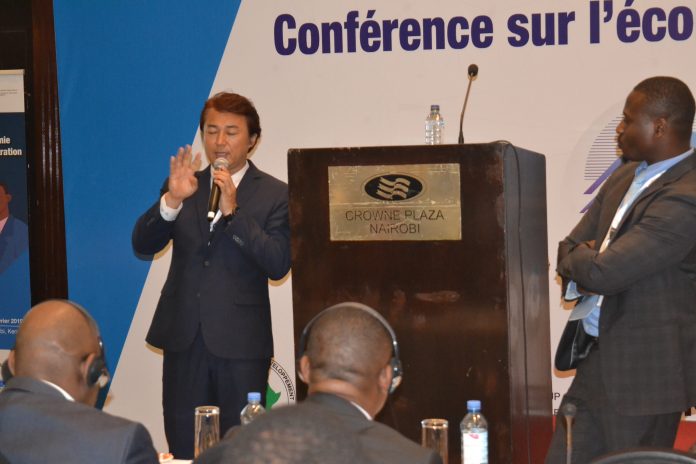 By HENRY KIMOLI
The Korea Government has partnered with the African Development Bank(AFD) to entrench the use of E-government in Africa.
The initiative firms part of the plans to fully embrace the fourth industrial revolution that has been created by various opportunities created by the upsurge in internet use.

The fourth industrial revolution has been enhanced by the emergence of artificial intelligent made possible through ICT advancements such as the use of drones in heath care management, security, surveillance and remote control sensing.
Speaking at the Crown Plaza Hotel during the East and Central Africa Regional Conference on Digital Economy and e Government, Korea Ambasandor to Kenya Mr.Yoenghan Choi said his country was fully commuted to ensuring that Africa develops its full ICT potential in order to facilitate fully in the Fourth Industrialization Revolution.

He said Korea will provide all the necessary support to African states in their bid to fully enjoy the benefits of E Government, Digital Economy and the entire economic clusters that can eliminate poverty.
He said the Korea Africa Economic Cooperation will unlock E economies in Africa through which the digital interface will play a critical role.
AfDB Deputy Director General Ms. Nnena Nwabufo said the bank will endeavour to train enterprises on best practices that will aid the uptake of E Governments in Africa in a bid to ensure Africa competes with the rest of the world.
” Development of the African Government economies is a key plank for the AfDB. And the Fourth Revelution tools will drive Africa hence the need for capacity building” said Nwabufo.