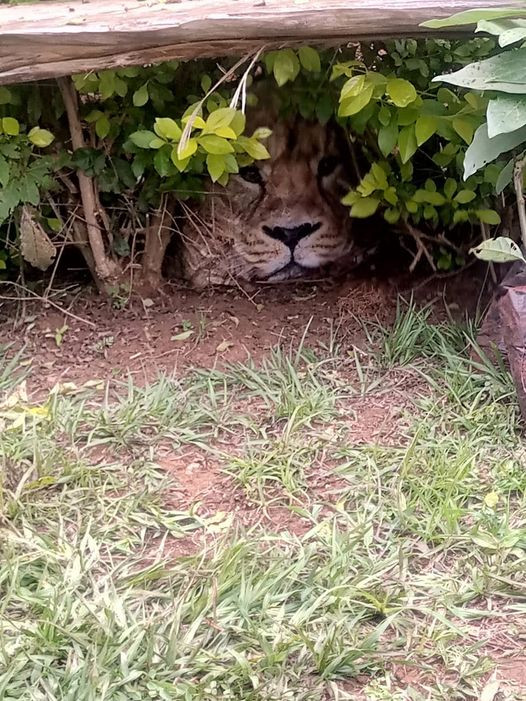 An image of a lion on a paper bag in Kiangua, South Imenti, which looked like it was ready to attack caused panic and fear among residents on Wednesday evening, bringing Kinyana village to a halt.

The residents reported the incident to the Assistant Chief, who informed the Chief. In turn, the administrators called the nearest Kenya Wildlife Service station to come and handle the animal before it harmed humans or livestock. Nobody dared to approach it or even take a photograph of it.

It took the intervention of Kenya Wildlife Service (KWS) rangers, who also exercised extreme caution after removing the paper bag containing avocado seedlings from a live fence, to calm the villagers.

According to Kiangua assistant chief Basti Mwandiki, a resident who spotted the ‘paper tiger’ raised the alarm attracting residents who called the authorities.

“When I went there, I also believed it was a live lion. We kept a distance and out of fear we could not realise that it was a mere drawing. Our fears were buttressed by the fact that there has been a marauding wild animal that has killed many sheep in neighboring Igoji East,” MrMwandiki said.

When the KWS officers arrived, they were also convinced that it was the big cat, but it turned out the lion was a paper tiger image on a Carrefour shopping bag.

“The officers had to climb to the rooftop of a nearby house to get a closer look. This is when they discovered that it was not a wild animal much to the relief of locals,” mr mwandiki added.