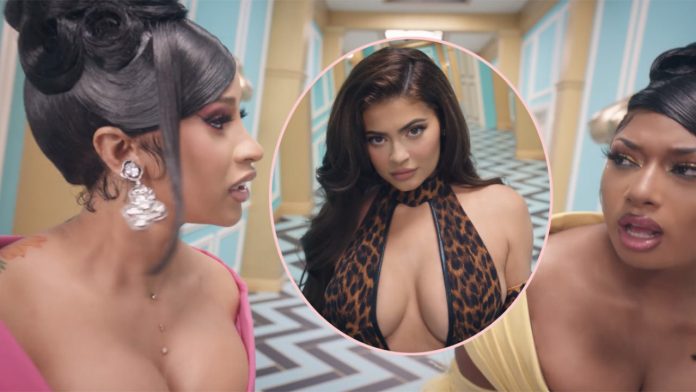 Beauty mogul Kylie Jenner is thankful to rapper Cardi-B who gave her an opportunity for her career highlight when she appeared on her song video WAP featuring Megan thee Stallion. – By Stephanie Mwangi.

During the last season of keeping up with the Kardashian episode 2 the 23 year-old realty TV star she revealed that her special moment was when she appeared in the WAP video, during the second episode Kylie treated her fans to some BTS footage while filming WAP.

Kylie however was met with some backlash from people but Kylie emphasized that was the best thing that ever happened to her career.

Kris Jenner the mother to Kylie also gave her take on the video she said “Our family is just starting to get back to work and Cardi-B reached out to see if Kylie would be in her new video, this is Kylie’s first day on set it’s her big Cardi B video debut.