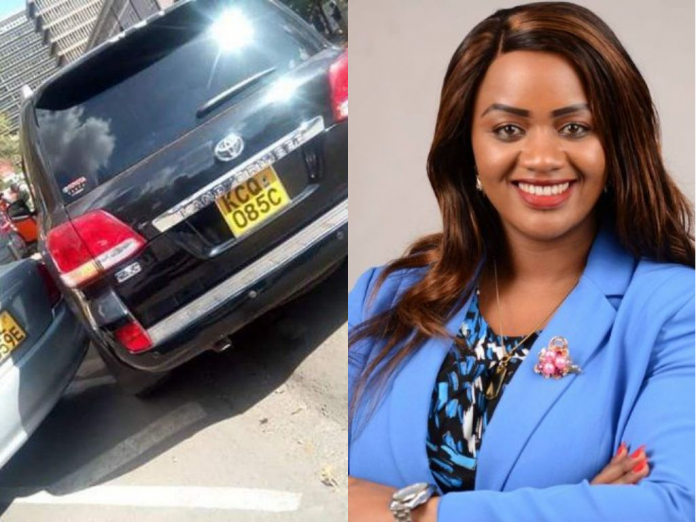 Laikipia constituency representative is on the spot by angry Kenyans on social media yet again. This time, for allegedly blocking a parked car opposite Re-insurance Plaza in Nairobi.

According to the Facebook post circulating online, the driver chauffering the vocal member of parliament allegedly parked behind a vehicle that was on the Parking space reserved for the Disabled.

After waiting for over 15 minutes for the parliament representative, Waruguru apparently hurled insults at the driver of the blind man that had requested her to move.

Laikipia MP has since not publicly responded to the allegations.