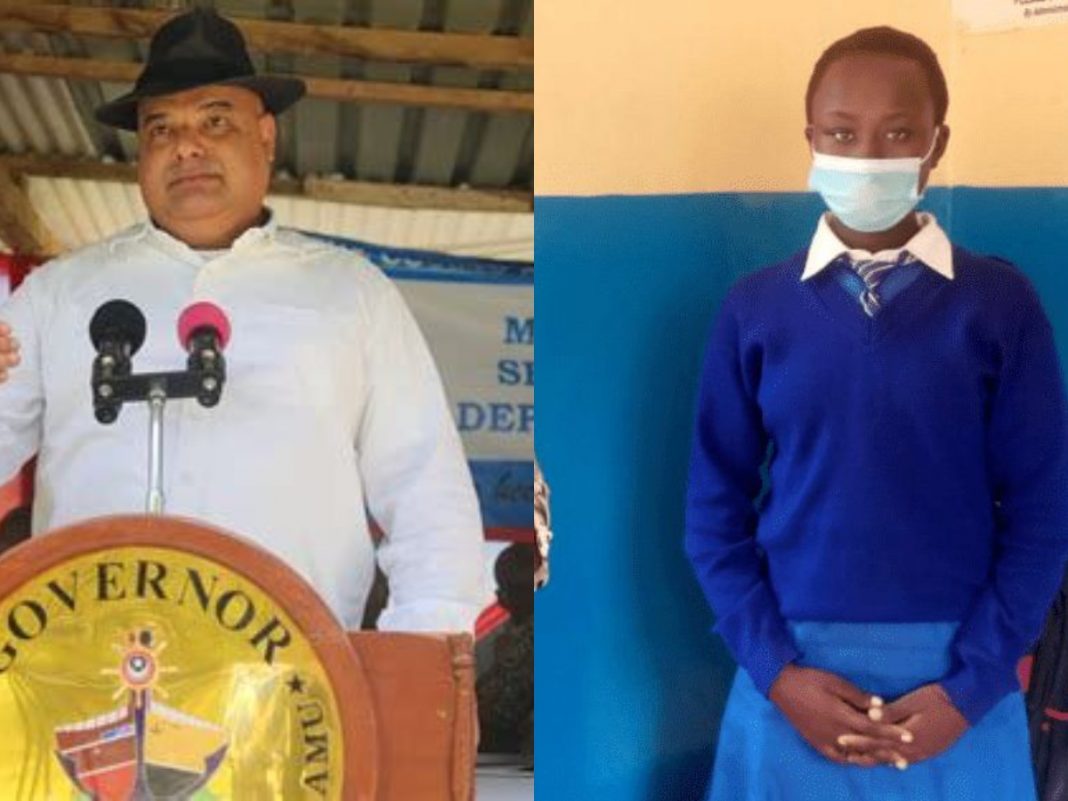 The Bungoma pupil who scored 402 marks in last year’s KCPE was on the brink of losing out a chance to join form one, after missing a bursary opportunity.

In the story, the Diana Nyokabi was forced to consider repeating her class 8 session so that she could secure another chance at the bursary.

Her mother, Priscilla Nyanchera said she could not afford to raise the Ksh.53,554 required to enroll her in the school, forcing her to return to her previous primary school and repeat Class Eight.

“I have been selling groceries for a very long time and educating my daughter hoping that in the future she will be able to assist me. But now I am in a fix,” Nyanchera said.

Diana Nyokabi, who was among the top KCPE performers at Bungoma D.E.B Primary School in last year’s exams and was invited to Moi Girls High School in Eldoret.

Kanduyi Member Of parliament Wafula Wamunyinyi had however said the girl was taken care of.

“The case of Diana Nyokabi has been brought to my attention but have since confirmed that the Governor has taken up the case and the girl will be enrolled in high school.” Wamunyinyi tweeted.