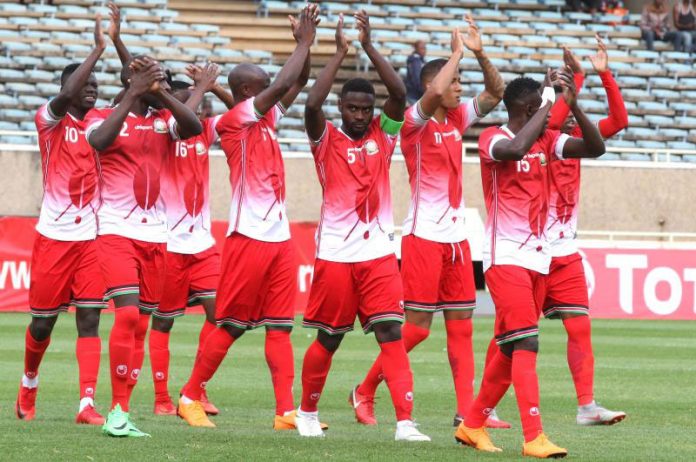 Kenya  moved up by a position while Uganda and Tanzania’s retained positions in the latest Fifa rankings.

This could be as a result of 1-1 draw they played against Togo in Nairobi in the Afcon 2021qualifiers.

Tanzania another east African country settled at position 134 the participants in the January 2021 African Nations Championship (Chan) have also not seen any change in the global rankings.

The latest rankings come after six months of football disruption due to Covid -19 pandemic, that rendered most sporting activities idle in most countries prompting postponement of international matches and tournaments, including AFCON, CHAN and world cup qualifiers.

Fifa is applying a new formula with of testing, analyzing and calculating the rankings that were first implemented in August 2018 after approval by the Fifa Council.

The new model relies on adding/subtracting points won or lost for a game to/from the previous point totals rather than averaging game points over a given time period as in the previous version of the world ranking.

The points which are added or subtracted are partially determined by the relative strength of the two opponents, including the logical expectation that teams higher in the ranking should fare better against teams lower in the ranking

Kenya are with Egypt, Comoros and Togo in Group G

World Cup qualifiers, they are in the same pool as Rwanda, Uganda and Mali in Group E.

Uganda are in Group B alongside Burkina Faso, Malawi and South Sudan in the Afcon qualifiers.