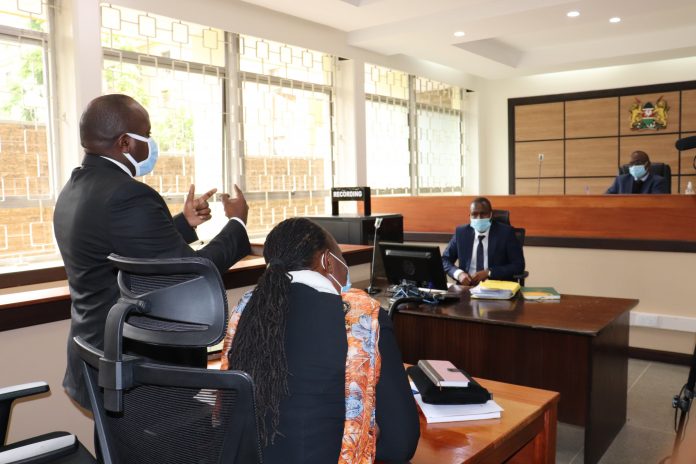 A quagmire has puzzled the corridors of justice on whether to charge and prosecute anti-corruption cases within the local limits the offenses were committed.- By Meshack Makau

According to section forty-two of the anti-corruption, these cases should be charged within the areas that have been committed but with the current situation irrespective of the region one has committed the offense, they will have to seek justice at the Milimani law courts.

“The question before the magistrate we want to know is whether the DPP has the right to decide where to charge these cases when there is a provision by the law under section forty-two of the anti-corruption act that, that trial must be within the area that offense was committed,” said Omari.

“We have seen the DPP carry people from one place to another whenever these cases occur. This question has been tested here and the court has agreed with us that the court here shall not have any way to deal with it other than to refer it to the high court so that the high court decides,” added Omari.

The advocates also wanted the court to clarify if a person who has been charged under the anti-corruption act should also be charged on the same charge sheet with a penal case falling under the penal code, KWS act or the money laundering act.

“There has been a general trend where one person is charged under twenty acts so that if you are not convicted under one act then you will be convicted on the other act. The law is very express that whenever anti-corruption court sits should listen and determine anti-corruption matters,” expressed Omari.

“The court has agreed with us only anti-corruption cases should be charged here. The charge sheet should only read offenses committed under the anti-corruption and ethics act,” said Omari.

The chief magistrate has since directed the matter to the high court awaiting further directions from the judge.