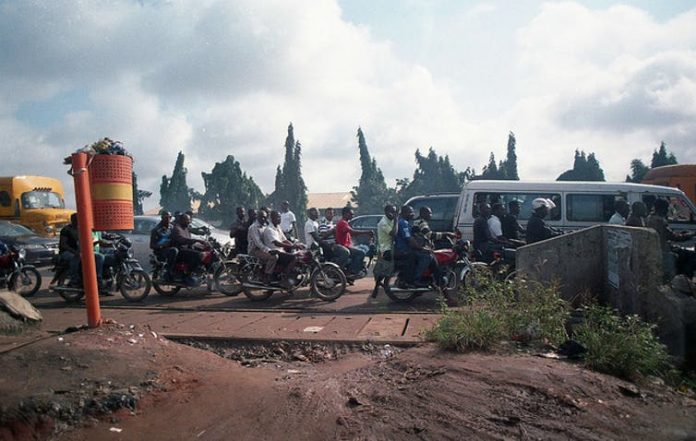 Government corruption is a global challenge and a major obstacle to economic and social development. It compromises the delivery of valuable projects, distorts government and makes it impossible to transfer resources to citizen. This not only hinders investment and growth, it exacerbates social vices.

Our recent research looked at how the involvement of people monitoring the implementation of government projects in their community can improve service delivery and reduce corruption.

This approach is applicable to a host of developing countries. But our case study focused on Nigeria. Large portions of its population live in poverty largely due to the twin woes of government corruption and bad leadership.

Nigeria’s Budget Office of the Federation oversees budgeting and public expenditure functions across the country. But there’s a huge amount of secrecy around the budgeting process at every level of the Nigerian government. This secrecy can be used to serve the interests of corrupt government officials who don’t have to account for their actions with the amount of scrutiny that private business usually demands, but control public resources with far reaching consequences.

Our study shows that tracking government budgeted projects can ensure service delivery and reduce corruption. But to be effective, there must be transparency, community engagement, political party neutrality, and offline and online participation. This should include the use of information and communications technology, and social media.

We gathered data by engaging with two NGOs that were set up to promote transparency around Nigeria’s budgeting process. These were BudgIT and Tracka.

BudgIT is Nigeria’s premier data journalism platform. It pioneered social advocacy by using an array of information and communication technology tools to simplify public spending for citizens. The result is higher standards of transparency and accountability in the government.

Tracka, BudgIT’s brainchild emerged in 2014 as a specialised tool to monitor public projects and give feedback. This includes updates on the status of projects for citizens and the government. Tracka engages active citizens who track the implementation of government projects in their communities to ensure service delivery.

Currently, however, the tool only tracks specific government capital projects called “Zonal Intervention Projects”. The details of these projects have only recently been made available to the Nigerian public thanks to the Nigeria Freedom of Information Act.

Open government budgets help remove secrecy by ensuring that all aspects of the budget are published as open data and citizens have access to.

Open government data can identify budget errors and discrepancies. It can also result in relevant feedback to the government and anti-corruption agencies. For instance, citizens can suggest beneficial programmes for their neighbourhoods.

1,275 ZIP projects were tracked. Of these, 482 had been completed, 210 projects were ongoing, 367 projects had not been started, 189 had unspecified locations (meaning they couldn’t be tracked), while 27 have been abandoned.

The faces of corruption

Our research found that corruption mainly happened in four ways.

The first involved project implementation. Sometimes projects were simply not executed, even though funds had been disbursed. And then some projects were implemented but didn’t add value to the community.

The second was under-delivery and abandonment of projects. Large sums of money were approved for projects, but the completed projects didn’t reflect the value of the money disbursed.

The third was due to vaguely specified projects allowing for budget inflation. Because adequate details weren’t provided, the budget was open to various forms of interpretation. In addition, our research found that in the case of multiple items of the same kind, the unit costs and duration of use for the budgeted items were not given. This allowed the item to be budgeted for several times.

Finally, elected representatives embarked on so-called “empowerment” projects through which goods were distributed to party loyalists. Members of the community who didn’t belong to the political party of the representatives were excluded.

Also, on several occasions, legislators branded budgeted items as personal donations to their constituents. This gave the false impression that they were using personal funds to provide these budgeted items.

This doesn’t mean that corruption can’t happen within the government budget via other means. Other researchers have found that successive governments have become very skilled in using the government budget to plunder the Nigerian state through various means. This has included inflating figures, favouritism, nepotism and inefficiency in awarding contracts, rent-seeking, looting and the diversion of public funds.

What can be done?

Every year the Federal Government of Nigeria allocates some funds for special intervention projects across six zones in the country. Within the past decade, about N100 billion has been allocated yearly. These special interventions – termed “Zonal Intervention Projects” – have been mired in controversy with accusations of graft and a lack of transparency.

Opening up the budgets of the Zonal Intervention Projects has meant that corruption has been uncovered because people could, for the first time, monitor projects. They could then also engage with the relevant authorities to ensure completion.

In this way service delivery was enhanced and corruption exposed.

Crucially, a key criterion for the success of this approach was the availability of all relevant information about projects. Without this, ordinary people wouldn’t have been able to make use of online and offline communication tools to monitor and give feedback on budgeted projects in the areas in which they lived.