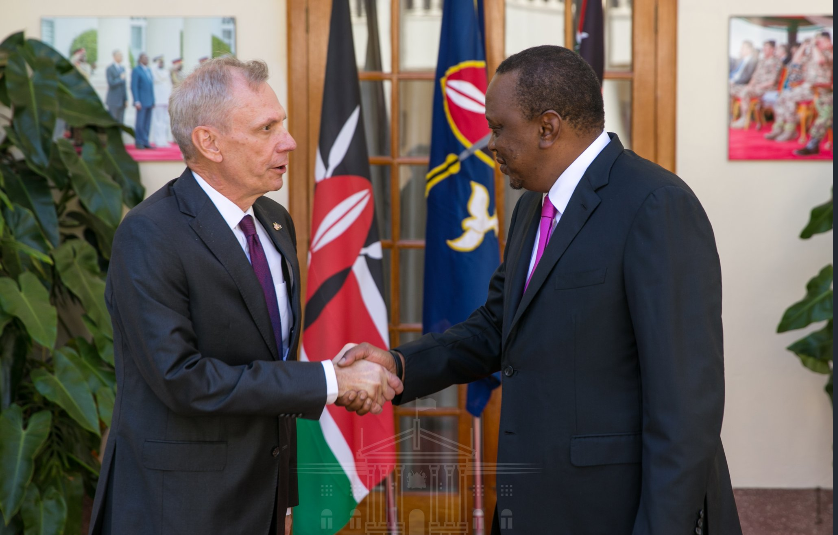 Amb. Godec applauded President Kenyatta’s leadership, saying it has moved the country to a higher level in social and economic development. The envoy is leaving Kenya after six-and-a-half years tour of duty.

During Ambassador Godec’s tenure, Kenya and the US witnessed expanded relations across all sectors of cooperation including health, food security and transport key among them being the launch of direct flights between Nairobi and New York

Outgoing Ethiopian Ambassador Dina Mufti thanked President Kenyatta and the people of Kenya for their cooperation that made his stay in the country fruitful.