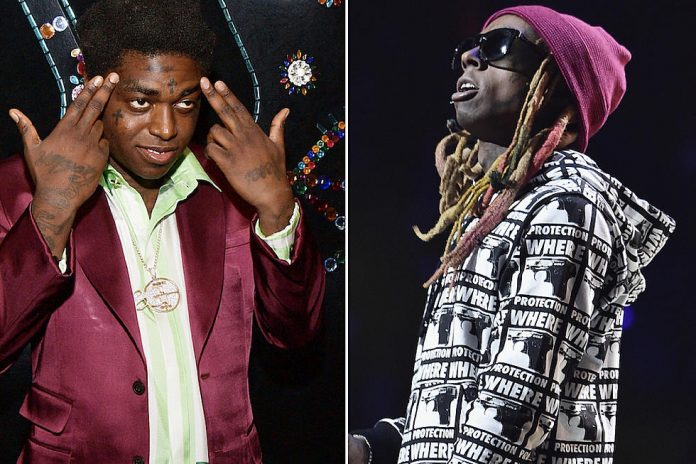 With less than two weeks left in his term. Donald trump is making use of the little time and power he has left to issue pardons and commutations to people who are close to him. He is actually putting a list of the people he is going to absolve on his last day of presidency and the list includes two rappers.

Lil yatchy on 5th pleaded with Donald Trump that his friend Kodak Black deserves to be commuted, the system punished him way too hard for a paper work crime

Kodak was sentenced in November 2019 for more than three years in prison after he pleaded guilty to weapons charges which later led to his arrest before that he was set to perform at a certain concert in May of 2019.

In august 2019 Kodak Black admitted that he forged information on federal forms to buy four guns at a gun shop in Miami. He also faces drug and sexual assault charges in other states.

In December 2020 Lil Wayne pleaded guilty off being in possession of a firearm by a convicted felon. Lil Wayne has also served some 8 months in prison for a weapons verdict in New York.

He admitted to having carried the gun when his luggage was searched while at an airport in Miami and when he was asked he said it was a father’s day gift  .  In addition to the gun he was also found with illegal drugs in the luggage but he was not charged for the drug offense.

Lil Wayne faces up to 10 years in prison.