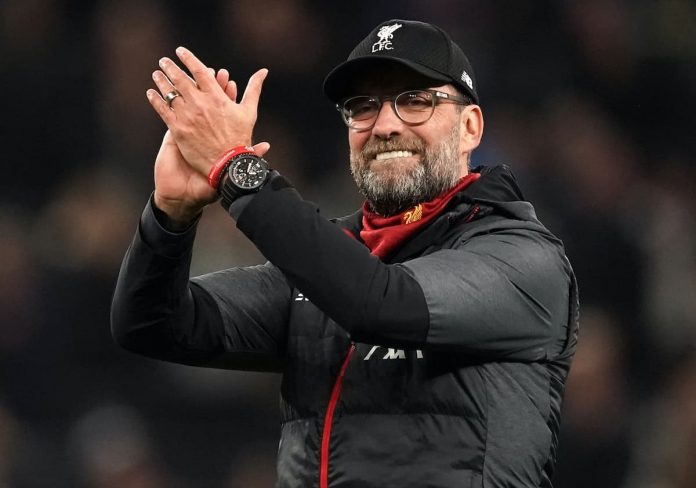 Jurgen Klopp has been named Premier League Manager of the Season after masterminding Liverpool’s title-winning campaign.

The Reds ended their 30-year wait for an English top-flight title after a blistering campaign which saw them finish 18 points clear of closest challengers Manchester City at the top of the Premier League table.

Liverpool had only dropped two points in the league before a 3-0 defeat at Watford on February 29 ended their unbeaten run.

Klopp’s side wrapped up the Premier League title with seven games to spare following the resumption of action amid the coronavirus crisis – breaking the record for the earliest top-flight title win in England.

It becomes a double celebration for Liverpool after defender Trent Alexander-Arnold was named Premier League Young Player of the Season on Friday.

The German held off competition from Frank Lampard, Chris Wilder and former Liverpool boss Brendan Rodgers to win the award.

Lampard was nominated after guiding Chelsea to a top-four spot and FA Cup final, Wilder was recognised for leading Sheffield United to a top 10 finish, while Rodgers’ Leicester side just missed out on a Champions League place on the final day.