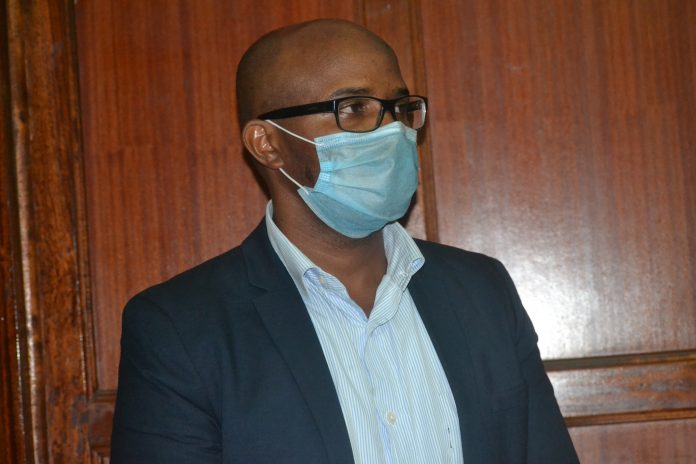 A man identified as Richard Silla Mutuku was today arraigned in court and charged with stealing. The accused was before chief magistrate Martha Mutuku in Milimani law courts.

Mr. Mutuku was said to have on diverse dates between December 2, 2019, and October 19 October 2020 stole Ksh. 761,554.
The professed money was said to be the property of Jesus Christ Church.

The accused however pleaded not guilty to the charges and was released on Ksh. 300,000 bond with an alternative cash bail of Ksh. 200,000. He will appear again in court on January 28, 2021, for pretrial directions and fixing of hearing dates.

Suspects who stole company gas out on bond

Two alleged fraudster suspects, Mohamed Hud Ali and David Kamau Muchoki were today arraigned in Milimani law courts face charges. The duo was said to have on January 8, 2021, at Tayo Gas Limited company premises in Industrial area, Nairobi County, found to have refilled over 200 pieces of gas cylinders without the authority of brand owners as well as that of The Petroleum (Liquefied Petroleum Gas) Regulations.

The accused however pleaded not guilty to the charges and was released on Ksh. 200,000 bond with an alternative cash bail of Ksh. 100,000.