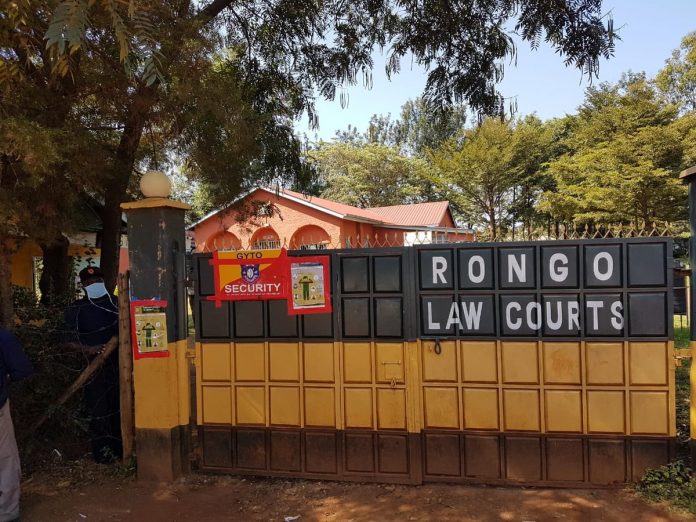 A Rongo court has sentenced a middle aged man, Evance Onyango, to five years in jail for defiling a 13 year old girl. Onyango who appeared before Rongo Resident Magistrate Raymond Langat pleaded guilty for the offense. – By John Mutiso.

The court found Onyango guilty of violating Section 11(1) of the Sexual Offences Act No. 3 of 2006.

The convict is said to have committed the offence earlier this year in January at Nyarombo village, Dede location, Awendo Sub County and was arrested on January 19. He first appeared in court on January 22.

Seven witnesses were presented in the court to testify in the case.

Onyango was however given 14 days to appeal the judgement.