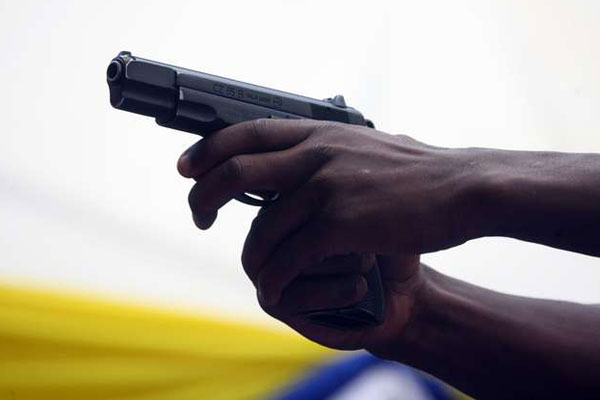 In Mukuru Slums, Nairobi, police are seeking an armed man who shot and killed his girlfriend in a love triangle.

The two allegedly fought in the woman’s home before the assailant shot her six times, killing her, and fleeing.

The individual is a wanted suspect, according to police, and they are still looking for him.
The woman’s body was transported to the mortuary.

Meanwhile, police are looking into who owns a car that was discovered abandoned near a garage in Kayole’s Mihango district with dozens of bullets inside.

While the inquiry continues, the automobile has been towed to the local police station.

The motive behind the bullets, which officials believe to number in the thousands, is unknown.