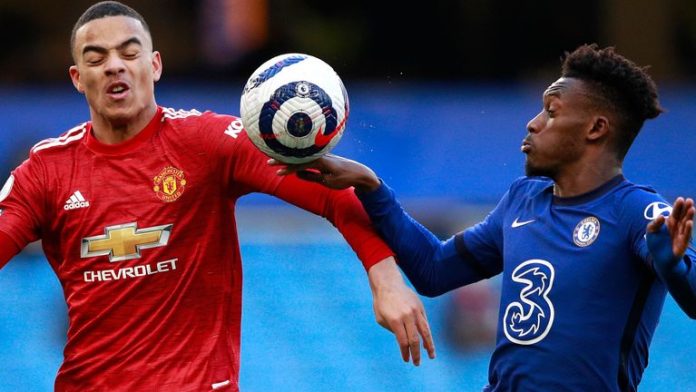 Chelsea’s 0-0 home draw with second placed Manchester United ensured Thomas Tuchel is still undefeated in 9 games as Frank Lampard’s replacement. This was their sixth clean sheet under the German.

This was United’s fifth goalless draw against one of their elite rivals and their cautious approach to the biggest fixtures is one reason why Manchester City are going to win the title.

The draw put United clear in second place, which is a point ahead of Leicester City who were beaten by Arsenal earlier in the day. The likes of David de Gea, Luke Shaw and Victor Lindelof were among United’s better performers.

Manchester City extended their lead of the Premier League and are now 12 points ahead after beating West Ham United to make it 20 successive wins.

The match at Stamford  Bridge was a forgettable affair with the main talking point being a controversial penalty incident in the first half when the referee did not award United a spot kick for a handball by Callum Hudson-Odoi after a VAR check.

Both managers disagreed, with United’s boss Ole Gunnar Solskjaer saying it was a 100% penalty while Tuchel thought otherwise.

“One hundred per cent, they’re shouting it’s handball for our player, but when you look at it on the video, it’s taken two points away from us,” said Ole Gunnar.

This was not United’s most negative performance of the season as they created two or three decent scoring chances in the second half and in terms of securing the Champions League qualification, this was a more useful point for United, who remain six points clear of fifth-placed Chelsea.

There were some good moments for Chelsea and they defended well, but there’s definitely something missing. The Blues will travel to Liverpool on Thursday.

United will have to be more clinical when they go to Manchester City next Sunday, after their midweek trip to Crystal Palace, if they’re to keep their faint title hopes alive.