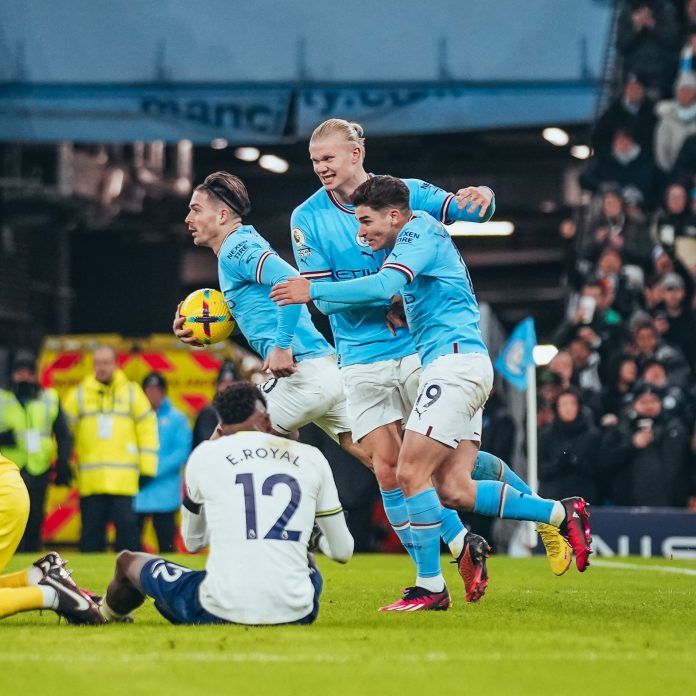 Spurs appeared to be doing Arsenal a huge favor when they scored twice in the final moments of the first half, leaving Pep Guardiola’s side facing a third consecutive defeat.

After Rodrigo Bentancur robbed Rodri following Ederson’s poor clearance, Dejan Kulusevski gave Spurs the lead seconds before the break, and Emerson Royal headed a second after the City keeper could only push out Harry Kane’s shot.

Most inside the Etihad Stadium were frustrated but City, inspired by the outstanding Riyad Mahrez, came flying out after the interval to turn the game on its head with three goals in 12 minutes.

Spurs almost regained the lead when Ivan Perisic’s shot was deflected onto the woodwork by Rico Lewis before Mahrez completed City’s comeback, winning a challenge before beating Lloris at his near post.