..
Home Newsbeat Marijuana and its History in Kenya — What is taking so long? 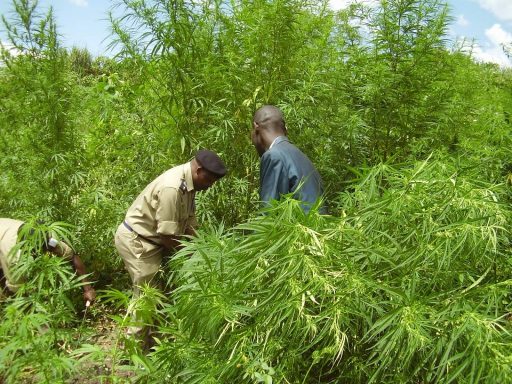 If there is one thing that The Late MP Ken Okoth will now be remembered for, is the bill that he presented before parliament, seeking to legalize the sale and cultivation of marijuana.

Speech after speech, leaders took to the podium during Ken Okoth’s memorial service at Starehe Boys high school to root for the bill legalizing the plant use in Kenya. Fueled by President Kenyatta’s visit to Jamaica, we can only assume that maybe the legislation could be on the way, but what is the history behind this bill in Kenya.

Cannabis, the source of marijuana and hashish, was introduced to Eastern Africa from southern Asia, and dispersed widely within Africa mostly after 1500. In sub-Saharan Africa, cannabis was majorly taken in form of pipe smoking, a practice invented in Africa.

Cannabis was first banned in Kenya in the Opium Ordinance which came into effect in 1914 while it was still known as the East African Protectorate.

Despite its illegality in countries across Africa, it is still widely cultivated and illegally traded and its allegedly earning its illegal farmers billions of dollars.

Recently, a New York company caught the eye of many Kenyans, claiming to have obtained a licence to cultivate marijuana on 500 acres of land in Kenya, bringing closer home the current global debate about regulation and control of the narcotic.

In some countries — including Norway, the Netherlands, and Portugal — it is legal to consume small amounts of marijuana, while in others police do not arrest people for possession. Portugal became the first country in the world to decriminalize the use of all drugs in 2001. In Australia, Puerto Rico, Poland, Czech Republic, Canada, Croatia and Macedonia, it is legal for medicinal purposes in some form, and in Turkey cultivation for the same purpose is allowed. In Uruguay, Spain, Slovenia, Netherlands, Jamaica, Columbia, Chile and some parts of the United States of America, it is legal or decriminalized in some form.

Despite it being illegal, a UN research ranked Kenya as one of the countries with the higest number of Marijuana users in Africa. As an effort to tackle the rate at which Marijuana is being used , many countries have resorted to legalize the substance which has made significant progress.

Aside from its recreational use, Cannabis has been recognized as a remedy for many ailments and conditions, a relaxant and a significant piece of research in medical studies. This was ncluded in Ken Okoth’s proposal to legalize the plant.

Do you think Marijuana should be legalized?