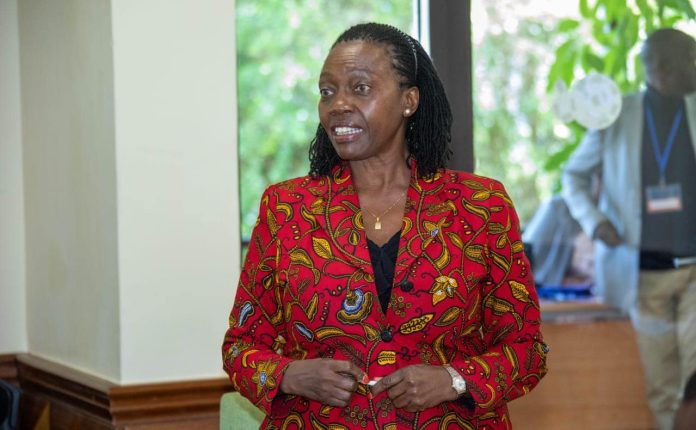 Narc-Kenya party leader Martha Karua has stated that the time had come to reveal the truth about the August 2022 general elections.

Taking to social media on Sunday, the Azimio la Umoja deputy presidential candidate in the 2022 polls stated that Kenyans have the right to know the truth about what happened at the polls.

“The truth shall not be forgotten, shall not and cannot be buried, the truth will always OUT ! The time is now,” she said on Twitter.

“As citizens, we have a right to information, the truth lies in the servers, those doubting the whistleblower’s data should demand servers be laid bare, we have to get to the bottom of this to free Kenya once and for all from electoral deceit,” she added.

She explained that IEBC as the duty bearer holds the records on behalf of Kenyans and they should make them public.

“IEBC as the duty bearer holds the records on our behalf. The records belong to us and ALL power is exercised by each and every office on our behalf, wherever you are, whoever you ARE listen and do what the constitution sanctions, lay bare the servers!” she added.

Raila has announced that he will issue a concise statement in response to claims made by a whistleblower that the presidential election on August 9, 2022, was rigged.

His spokesman, Dennis Onyango, said Raila will make the announcement upon his arrival from South Africa at a rally in Nairobi’s Kamukunji Grounds.

Raila is expected to arrive at Jomo Kenyatta International Airport at 11 a.m., according to Onyango, and then proceed to Kamkunji for the People’s Baraza.

“Upon arrival, Mr. Odinga will proceed to the Kamukunji grounds in Kamukunji Constituency for a People’s Baraza consultations with the public where they will discuss recent disclosures by a whistle-blower on the conduct of the 2022 general election,” part of the statement read.

Raila is in South Africa for a series of meetings in his capacity as the AU High Representative for Infrastructure Development in Africa.