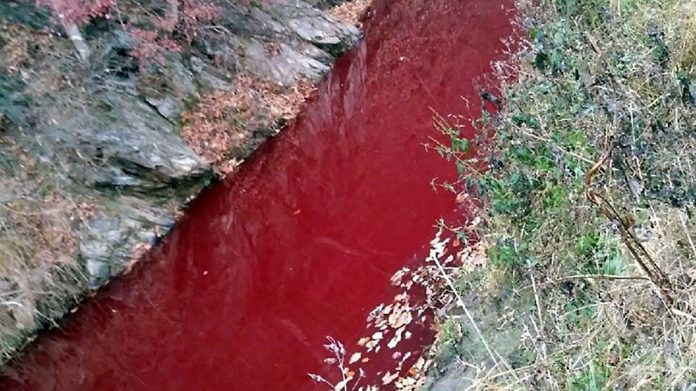 BY FAITH MUTETE – A pig-culling operation done in Korea to stop the spread of African Swine fever has turned a river near the inter-Korean border red after being polluted with blood from pigs.

The pigs were killed over the weekend and left at a burial site where heavy rains swept the carcasses into a tributary of Imjin River.

When asked local authorities stated that the pigs had already been disinfected before being slaughtered hence the blood could not cause the spread of African swine fever.

South Korean authorities had culled 47,000 pigs in an attempt to halt the spread of African swine fever (ASF).

6 Ancient Female Philosophers You Should Know About