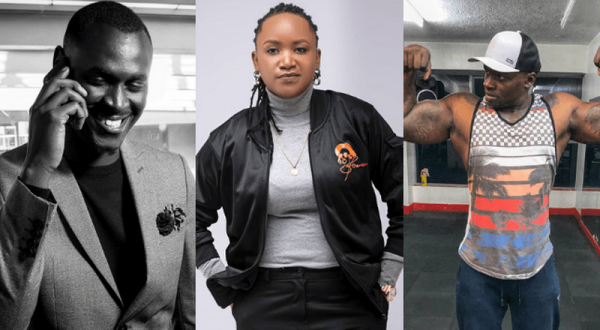 This week has been a hard week to swallow for Kenyan Music Industry players, as the Music Copyright Society of Kenya unleashed its flood gates … only that this time there was not enough water.

‘Confirmed: You have recieved Ksh 2,530/- from the Music Copyright Society of Kenya ‘ was not the flashiest message Khaligraph Jones has ever recieved in his career as Kenya’s OG. At the height of his career (2018-19) Khaligraph has made hits after hits with an album that featured top dogs in the hip hop scene.

His screenshot circulated the interwebs, advocating for the rightful payment of royalties to artists, a struggle that has been fought by atists for the better part of Kenya’s music industry. King Kaka, aka Rabbit on the other hand, despite doing an international collabo that recieved massive plays in major radio stations, recieved the same amount.

We would dare quote what the rest of the other ‘club artists’ earned with someone even scooping 16/- … hardly enough to purchase a pack of peanuts. This despite the artist being played on a regular 2 hour interval in local radio stations.

The MCSK however came out to defend their payments terming it as “the best” the society has ever collected since the introduction of its mandate, adding that they only paid out earnings over two months

“We have distributed royalties to all our members (13,967) general distribution. It’s Performance in Public Places distribution and these are collections for only two months.” MCSK tweeted

This statement however was deleted after artists stormed in to inquire about the fees that harassed hoteliers, matatu owners, taxi drivers and public spaces paid. Then they tweeted…

“Please note that we haven’t received a dime from any broadcasters who exploit music. Secondly, we made a general distribution because if we strictly followed scientific distribution, then 70 per cent of the money collected will be paid to the international societies.”

Shifting the blame to media stations and labelling them as rogue only ‘marinated the MCSK for roasting’ as more questions rose as to them complaining about not executing its mandate effectively.

Kenya Copyright Board came out in a tweet to defend the embattled Collector, claiming that Kenya Association of Music Producers (KAMP), Performers Rights Society of Kenya (PRISK) and MCSK have distributed a total of Sh80 million to their members which represented 68 per cent of the Sh118 million they jointly collected.

The amount distributed, they noted though, was two per cent short of the 70 per cent they set us a pre-condition for licensing of the three societies.

As the drama unfolded, some of the artists lamented the heavy fees they have to pay to have their music licensed and even to an extent others signaled Kenyans to pirate their music.

Innocent onlookers (Kenyans) only stared at the effort in which one has to put in order to succeed in the music industry only to feel shortchanged by the body licensed to protect their rights.

Over the last year, Khaligraph Jones and various artists were at the forefront leading the revolution dubbed #PlayKenyanMusic aimed at promoting local talent, that eventually led to the rise of a completely new set of artists currently taking over the airwaves.

Artists have however vowed to continue their fight for their rights and royalties.

Share
Facebook
Twitter
Pinterest
WhatsApp
Previous articleParenting practices around the world are diverse and not all about attachment
Next article21 year old girl who kidnapped a child at a Nairobi Church, arraigned in Court
- Advertisement -