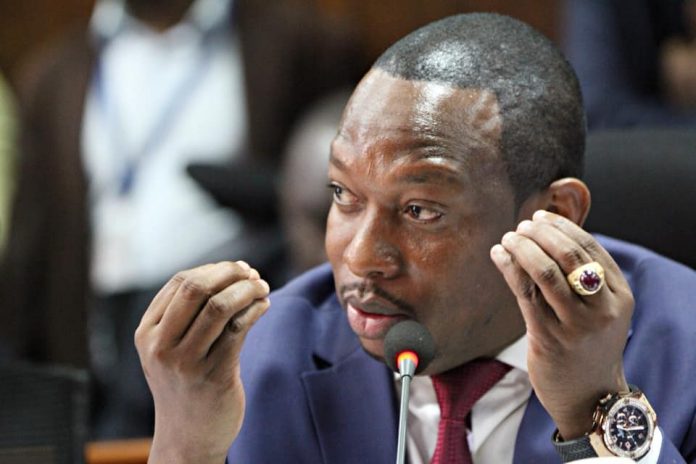 Nairobi Governor Mike Sonko appeared before the senate committee to explain why he has no Deputy Governor.

Appearing before the senate, Mike Sonko seemed to be unbothered that he is on the wrong side of the constitution citing that the whole issue was a “non-issue”

Recently, talks had been brewing over the exclusion of Nairobi from the county government system, alleging that it is a “super-county” being a capital city.

According to the constitution of Kenya, Section 180, regarding The Election of a Governor and a Deputy Governor, The Independent Electoral and Boundaries Commission shall not conduct a separate election for the deputy governor but shall declare the candidate nominated by the person who is elected county governor to have been elected as the deputy governor.

Mike Sonko had initially nominated Miguna Miguna for the position, but was then allegedly rejected by the Senate, and later ridiculed by members of the public.