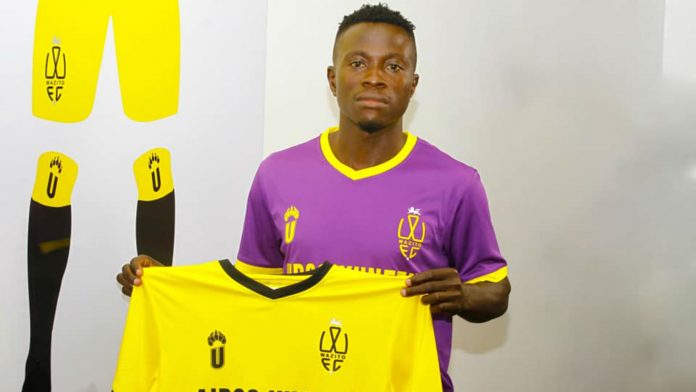 The team is preparing for the new season and they are going for established players.

“We are pleased to announce the signing of the speedy Boniface Omondi from Gor Mahia,” Wazito confirmed on their official website.

“An alumnus of St Ignatius Loyola Magadi Secondary School in Kisumu, the winger has previously turned out for Agro-Chemicals, and Nzoia Sugar before joining Gor Mahia.

“He also boasts of CAF Champions League and Caf Confederation Cup experience having represented Gor in the two competitions.”

The 25-year-old has revealed he has come to help the team win titles and asked the fans to be supportive.

“I want to thank God for the opportunity to join Wazito FC. I know that it is a good side because I have faced them in the league. The goal is to help the team lift titles and I know that it is possible. To the fans, I urge them to keep rallying behind the team and everything will be alright.”

Wazito coach Fred Ambani has welcomed Omondi and is confident his experience will help his charges.

“Boni is a good player. He is a serial winner with a very good winning mentality and that will be a boost for the team. He has played in the Caf Champions League and Caf Confederation Cup and joining the team with such experiences is definitely a big positive for the tea