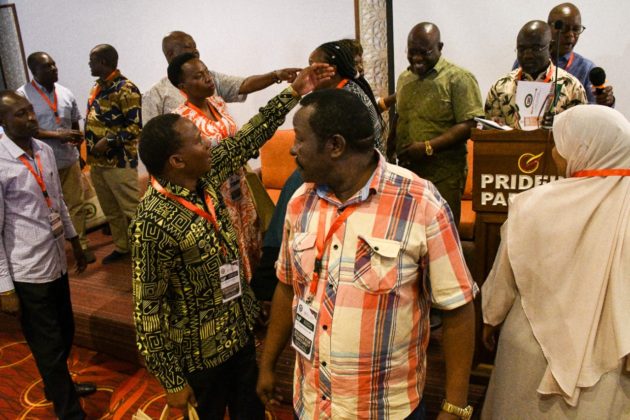 Members of Parliament walked out of the induction happening in Mombasa county for the second consecutive day demanding for the release National Government Constituency Development Fund (NG-CDF).

The more than 300 MPs who have vowed to paralyse parliamentary sessions until the National Treasury releases National Government-Constituency Development Funds (NG-CDF) pitched camp at the lobby of the hotel and others went to the beach to enjoy the warm sandy beaches and cool breeze.

The MPs accused the government of lying to them that they will release Ksh.2 billion every week since December.

He added that they will not attend the induction’s proceedings, nor leave the retreat until the money is disbursed.

“As members of parliament, we are going to remain firm on this until the money is released. We are on the eighth month of the financial year and you want us to give money at the last quarter whereby we cannot advertise for works and send students back to schools?” another MP posed.

Yesterday, the MPs were seen chanting ‘bado mapambano’ as they stormed out of the conference hall. The week-long committees’ induction kicked off on 23rd January in Mombasa’s Pride Inn Paradise Beach Resort.