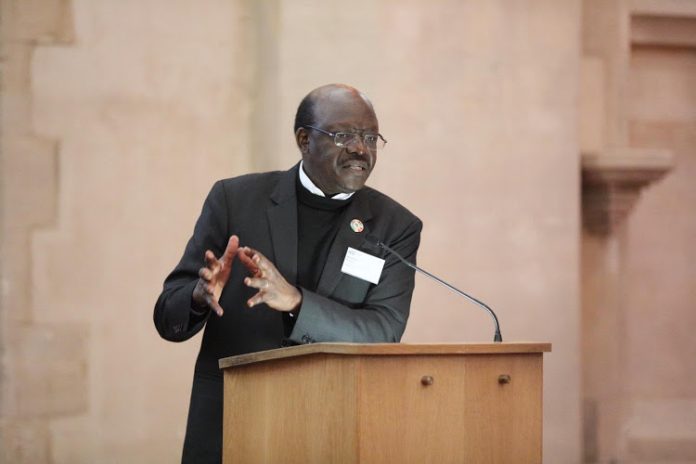 United Nations Conference on Trade and Development (UNCTAD) Secretary-General Mukhisa Kituyi will be in the ballot come 2022. – By Gerald Gekara.

Kituyi made the announcement in Bungoma, noting that he stands a chance against top political class, despite his vocal input on issues.

“It is no longer a secret. I will be going for the presidency in 2022. Nobody should tell us who to support. We need a President who will save this country and Kenyans from a bad economy,” Kituyi said.

The 65 year old politician was first elected to Parliament on a Ford-Kenya ticket in 1992, becoming the Opposition Chief Whip.

His predecessor was the late veteran politician, Elijah Mwangale. He was re-elected in 1997 and 2002. However, in the 2007 General Elections, he lost to newcomer David Simiyu Eseli of Ford-Kenya.

He was Kenya’s Minister of Trade and Industry from 2002 to 2007. During this period, Kituyi chaired for two years the Council of Ministers of the Common Market for Eastern and Southern Africa (COMESA) and the African Trade Ministers’ Council.

He also served as chairman of the Council of Ministers of the African, Caribbean and Pacific (ACP) Group of States, and was lead negotiator for Eastern and Southern African ministers during the European Union-ACP Economic Partnership Agreement negotiations.

He was convenor of the agriculture negotiations carried out at the World Trade Organization’s Sixth Ministerial Conference held in Hong Kong, China in 2005.

From 2008 to 2012, Kituyi was a member of a team of experts advising the presidents of the nations of the East African Community on how to establish more effective regional economic links.

From 2011 to 2012, he was a consultant for the African Union Commission, where he helped to develop the structure for a pan-African free trade area.

Immediately prior to becoming Secretary-General, Kituyi was Chief Executive of the Kenya Institute of Governance, based in Nairobi. The Institute is a think tank and advocacy organization that focuses on linking academic research and the development of public policy.

During 2012, Kituyi also served as a non-resident fellow of the Africa Growth Initiative of the Brookings Institution, Washington, D.C. He was a resident scholar there in 2011