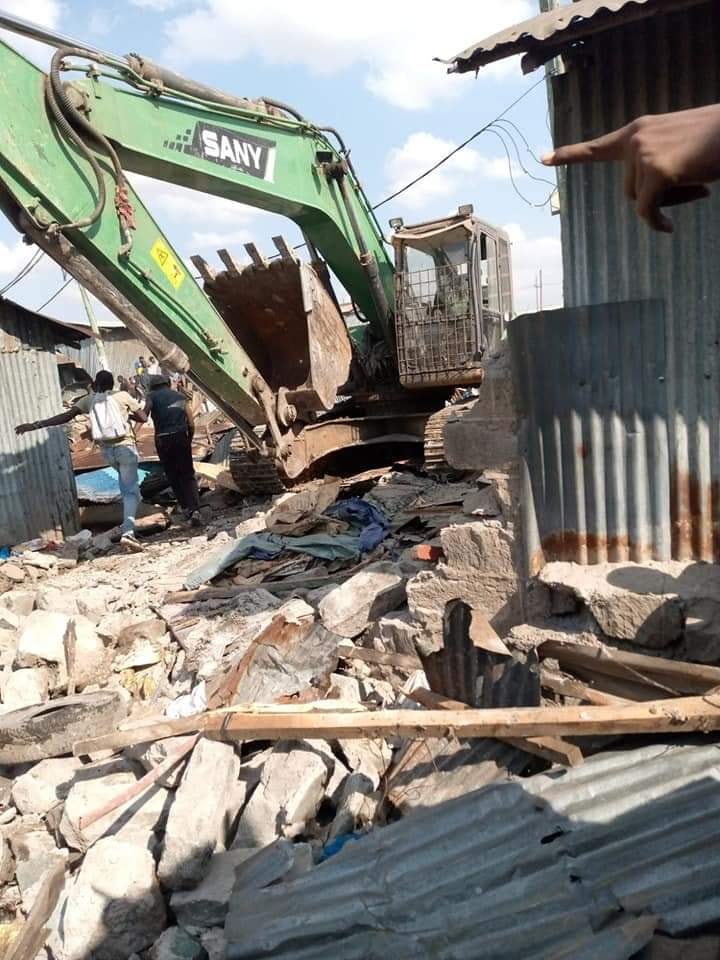 The government has begun demolishing a section of the Mukuru kwa Njenga slum to make room for road construction.

Nairobi Regional Commissioner, James Kianda, confirmed that individuals living along the slum had been given advance notice to leave.

He went on to say that the demolitions will allow for the expansion of Catherine Ndereba Road, which would connect the Nairobi expressway to the Industrial Area.

The Nairobi regional commissioner also noted that the government had scrapped plans to build a railway station along the slum’s perimeter due to its inaccessibility.

“The road will provide inhabitants with access to amenities such as schools and hospitals,” Kianda stated.

He asked locals living along the slum’s perimeter to work with the Nairobi Metropolitan Services (NMS) and security authorities overseeing the demolitions.

Kianda had sent a warning to inhabitants along the slum on October 8, requesting that they vacate the premises because their structures were slated for demolition.