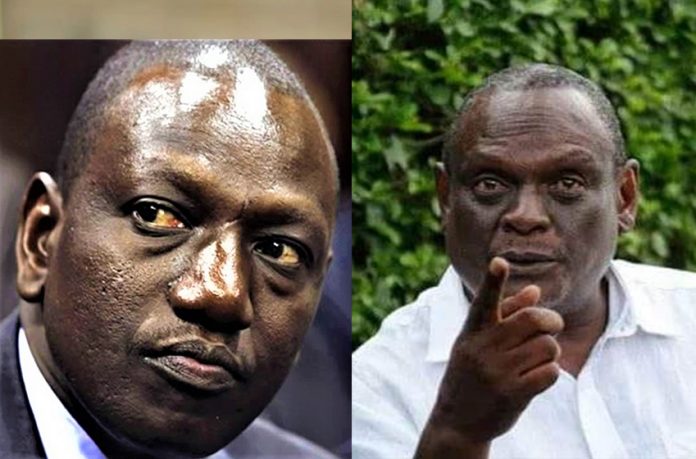 William, the man linked with the KEMSA scandal is a longtime family friend and business partner to Jubilee vice chair David Murathe. – by Enock Mukoma

Speaking while on an interview at Citizen TV, he admitted of having business connections with him but however denied being in on the KEMSA deal.

‘’I partner with William on many issues but not this one,” Murathe said

“What is being called scandal is doing so much harm in this country, when everybody goes talking about corruption in the health sector they are affecting millions of other programs which are supported by our international partners,” said Murathe

He further added that they are family friends back from childhood besides being consultants to many construction businesses.

He also linked DP Ruto allies to the scandal claiming that his close business associates are linked to the scam and he has evidence to produce.

“We have legal transfers and bank accounts. The owners of the company are known partners of the deputy president,” Murathe alleged without tabling evidence.

The firebrand open speaking man asked investigative agencies to invoke the powers bestowed to them and call all persons of interest in the matter for questioning.

“We are demanding that everybody who has spoken about this KEMSA issue and the covid billionaires should be summoned by the parliamentary committees on health to say what they know to help in investigations”, he said.

This comes as the CS health and team are expected to appear before the senate Covid- 19 committee to shed more light on the disappearance of Jack Ma donations.

President Kenyatta had directed the ministry to publish all tenders and procurements made and companies involved for audit purposes during a Covid-19 virtual conference.

Apparently parties concerned including CS Kagwe, believe the matter has been politicized and have asked critics to allow investigative agencies DCI, EACC to complete investigations.

Activists and different organizations continue to mount pressure on the government to reveal the Covid- 19 millionaires even as they call on the CS to resign.

So far KEMSA CEO alongside other two directors in finance and procurement have been suspended.