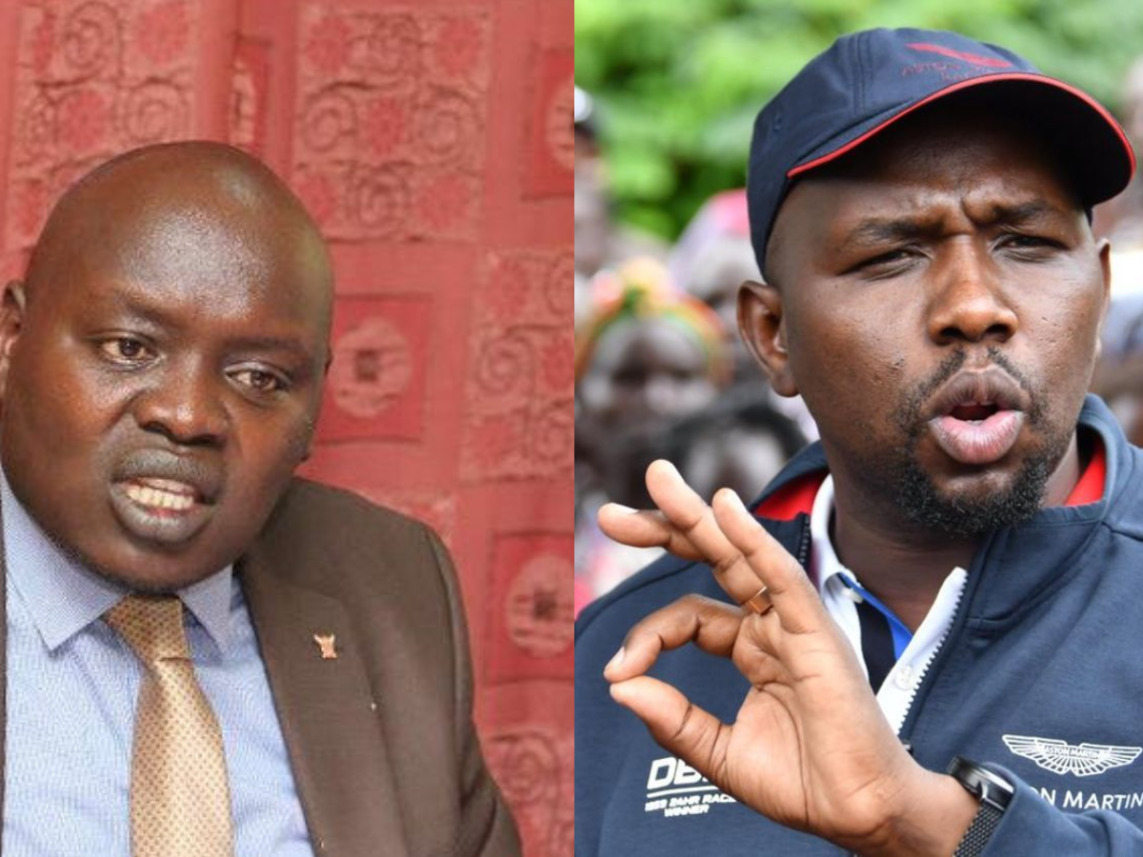 Senator Kipchumba Murkomen has rejected his new appointment as a member in a Senate committee days after he was ousted as Senate Majority Leader – By Prudence Wanza.

Murkomen was appointed to serve as a member in the Senate Devolution Committee a decision he disagrees with terming it as pure malice.

“I learnt from the media that I have been proposed to serve in the Senate Devolution Committee replacing Sen Kinyua who is being punished for standing with me. Accepting the position will be tantamount to repaying untinting loyalty with spite and treachery.” He said.

“As a majority Leader I chose not to serve in any committee and I ensured that committee membership and leadership was distributed fairly among colleagues. I condemn the unwarranted humiliation of Senators Linturi, Kinyua, Langat and Cherargei because they stood with truth and fairness.” Murkomen stated

The changes which were announced on Tuesday by majority Whip Irungu Kang’ata saw Laikipia Senator John Kinyua moved from the Senate Devolution Committee to the ICT committee to replace Senator Samuel Poghisio recently appointed as the Majority Leader.

However, Murkomen later indicated he would serve in the committee but was not in support of the humiliation several senators are suffering for not supporting the Kindiki Ouster motion.

“Now and in the future I am ready to serve the nation in any capacity and in any committee even as a mere member. What I abhor is to take up positions at the expense of colleagues who are being humiliated for no apparent reason.

Similarly, Nandi Senator samson Cherargei, who initially served as the Chair of Justice and Legal Affairs Committee(JLAC), rejected the appointment to the Senate Powers and Privileges Committee.

During a live TV interview, the Senator accused the Jubilee Party of humiliating and unfairly targeting Rift valley Lawmakers.

“I do not mind being removed as the Chai of JLAC. In fact, it released me from unnecessary responsibilities. On the issue of being moved to the Powers and Privileges Committee, I’ll tell the party no thank you for the new position,” said Cherargei.

Jubilee Party Secretary-General Raphael Tuju, said the two senators will not face any punishment for rejecting the positions but reminded them of showing disloyalty and defiance to the party.

“As for those who feel that they don’t want to toe the party line and the Majority Whip, there are various sanctions to punish them and certain disciplinary measures that we can undertake,” Tuju stated.

The reshuffle on Senate Committees heavily hit Jubilee senators who voted against the removal Kithure Kindiki as Deputy Speaker.