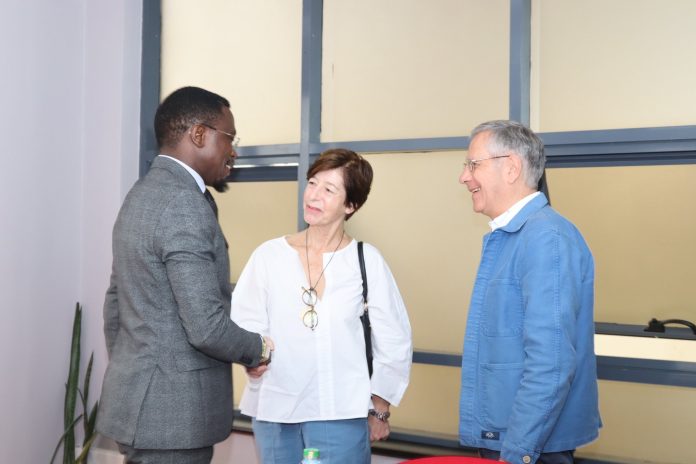 Sebastian Groth, the German ambassador to Kenya, led a group of German and French film producers to a meeting this morning with Ababu Namwamba, CS Youth, Sports, and the Arts, with the goal of establishing and strengthening partnerships to support the expansion of Kenya’s film and creative industries.

The creators of the Season 1 Netflix Original Series Country Queen gave the CS an update on the show’s development before its Season 2 return.

The entire six-episode miniseries was filmed in Kenya, with only native Kenyan actors being used in the cast.

The team applauded the CS’s plan to develop the creative sector into a multibillion-dollar business.

“We are delighted that you have put creatives at the centre of your plans in the Ministry. We are impressed with your commitment to make the industry a major employer for the youth,”said Groth.

The CS expressed gratitude to the Ambassador for helping Kenya’s artists through the Giz, which is now paying for artists to attend a six-week animation course at DedanKimathi University.

Since 1975, the German Society for International Cooperation (GIZ) GmbH has conducted business in Kenya.

GIZ promotes youth and young adult vocational education and training. The objective is to give young people the skills they need to succeed in the labor market, particularly in the private sector. Improvements to training facilities, participation of businesses in cooperative and practical vocational training programs, and assistance to start-up centers are among the activities.

GIZ encourages cutting-edge technology that will boost production and market access with the intention of enhancing employment and food security in the agricultural sector. Additionally supported is farmer vocational training.