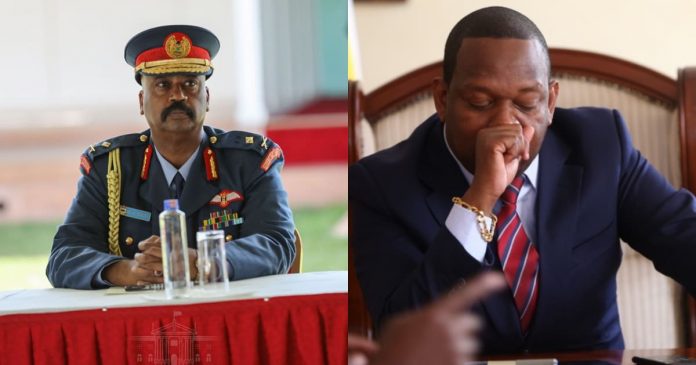 On Sunday, 8th November, Nairobi woke up to ugly scenes of garbage disposed in the middle of the busy roads, crowded estates and other public spaces. – By Gerald Gekara.

The efforts by the Nairobi Metropolitan Services (NMS) to clear up the trash before day break, ended up fruitless, as many roads in the CBD started experiencing traffic jams.

Nairobi Governor Mike Sonko then sent out a Facebook post to mock the NMS director Major General Badi and his employer President Uhuru Kenyatta over their alleged inability to sort the garbage menace.

“Nairobi Super Governor who is also the President of the Republic of Kenya and commander in chief of Defence forces Uhuru Muigai Kenyatta and Saddam Hussein really overworking in Pipeline Embakasi South Constituency. Keep it up for the good job.”

The tweet elicited angry reactions among Kenyans who accused the governor of injuring Nairobians while playing politics.

Governor Mike Sonko has been on the brink of extinction from the political limelight, after a fall out that saw him sign off crucial departments in the county to the national government.

Major Badi, who took over the running of the crucial functions has been faced with budget constrains, accusing Sonko of blocking funds.

Appearing at a TV interview, Maj. Badi pleaded with the governor to join hands and work together with the NMS.

He advised warring politicians to use the opportunity to spur development in their respective wards and contituencies.