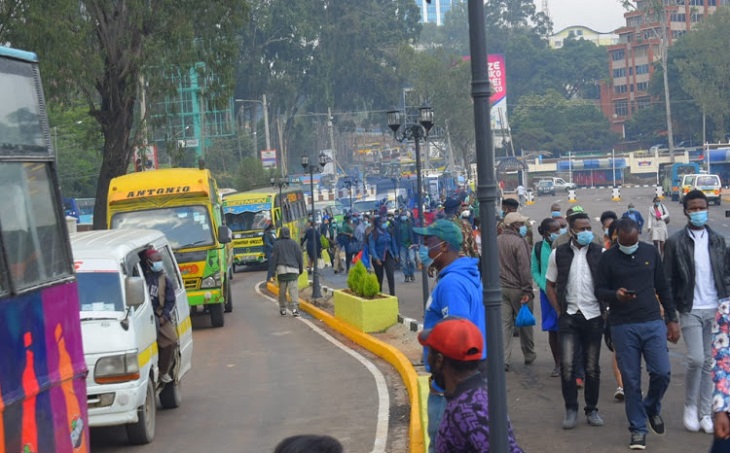 The Nairobi Metropolitan Service (NMS) is set to open the Green Park Bus Terminal in March 2022.

NMS explained that operations had come to a halt due to ongoing construction projects on the Uhuru Highway and Haile Selassie Avenue, which are expected to be completed in three months.

Michael Ochieng, NMS Director of Transport and Public Works, mentioned to a local daily that the bus terminus will formally begin operations in March.

The Nairobi Expressway project, a signature project by President Uhuru Kenyatta’s Jubilee administration, he said, had a significant impact on operations.

It was one of NMS’s efforts targeted at alleviating traffic congestion in the Central Business District (CBD).

It was estimated that it would cost Ksh250 million. The parking project, according to NMS, is equipped with an integrated electronic systems to control matatu traffic.

The platform is intended to alert matatu operators when each vehicle is close to arriving at the terminal and when commuters can be picked up or dropped off.

Commuters complained about disorganization throughout the trial period, as the entire procedure became chaotic.

Bunyala and Workshop Road terminals, in addition to the Green Park Terminus, will be operational in March or April.

Read More  Nine Arrested Over The Murder Of A Teenager