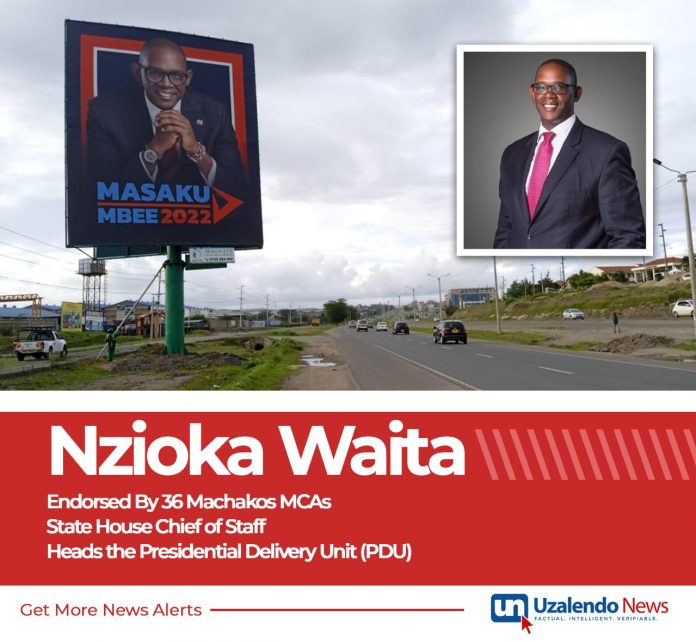 A billboard with the image of President Uhuru Kenyatta’s  Chief of Staff has been erected at Chumvi, Machakos County.

Nzioka Waita (pictured) is under pressure from his Kamba community to run for Governor of Machakos.

A teetotaller and Church elder, he comes from Kiima Ki Imwe near Machakos.

He was born and brought up at Kalama, in Muuma Andu Sub County.

Waita is credited with the successful turn around and listing of Safaricom at the Nairobi Stock Exchange. He was the Legal and Compliance Director at the telco.

A UK-trained lawyer and Corporate titan, Waita is an advocate of the High Court of Kenya and a respected governance coach.

He was head-hunted by President Kenyatta in 2015 to steam-roll his development agenda vide the Presidential Delivery Unit(PDU).

He is the executor of the will of the late Bob Collymore, owing to his honesty and prudence in navigating difficult assignments.

Waita has behind the scenes, driven the implimentation of the Performance-Based Contracts (PBC) that have won Kenya accolades from the International Monetary Fund(IMF).

Read More  Duale: Uhuru Asked Me To Choose Between Ruto And Him