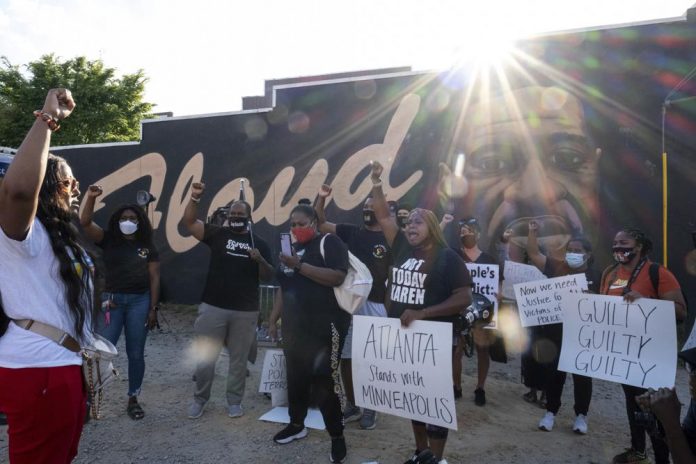 Former Minneapolis police Officer Derek Chauvin has been convicted of murder and manslaughter in the death of George Floyd, which set off worldwide protests, violence and a reexamination of racism and policing in America.

The jury reached its verdict Tuesday, less than a year after Chauvin, who is white, pinned the 46-year-old Black man down with a knee to his neck last May.

After the decision was announced, crowds across the country celebrated, honking car horns, streaming through the streets with signs of Floyd’s face and breaking down in tears. But the joy was tinged with the realization that much work remains to be done to bring about lasting change.

Floyd’s “life is still gone. I wouldn’t call it a celebration. Let’s call it a premature step for what needs to be for everybody … I’m happy for the outcome,” Walker said.