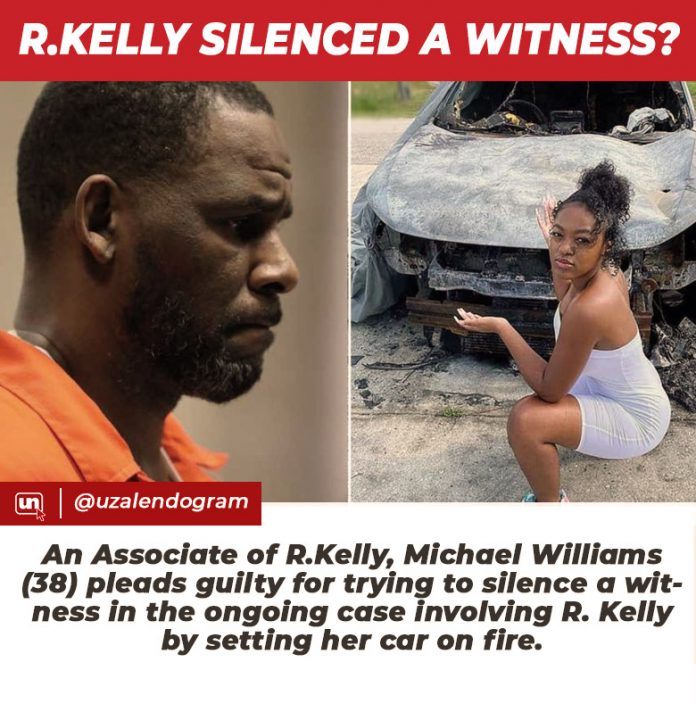 An Associate of R. Kelly pleads guilty for trying to silence a witness in the ongoing case involving R. Kelly by setting her car on fire. – By Stephanie Mwangi.

Michael Williams who is 38 years admitted the account of arson for destroying the vehicle rented out by the lady’s father which was parked right in front of the home where they were staying.

After the car was set on fire there was an explosion and a witness stepped outside and saw an individual fleeing from the crime scene with fire on his hand.

R Kelly is locked up awaiting trial in Brooklyn federal court on more than a dozen of criminal accounts of sex trafficking, racketeering, coercion, and rape and abuse of six women and girls.

The three time Grammy winner faces a separate indictment in Chicago where he is charged with producing child pornography and he later on destroyed evidence.