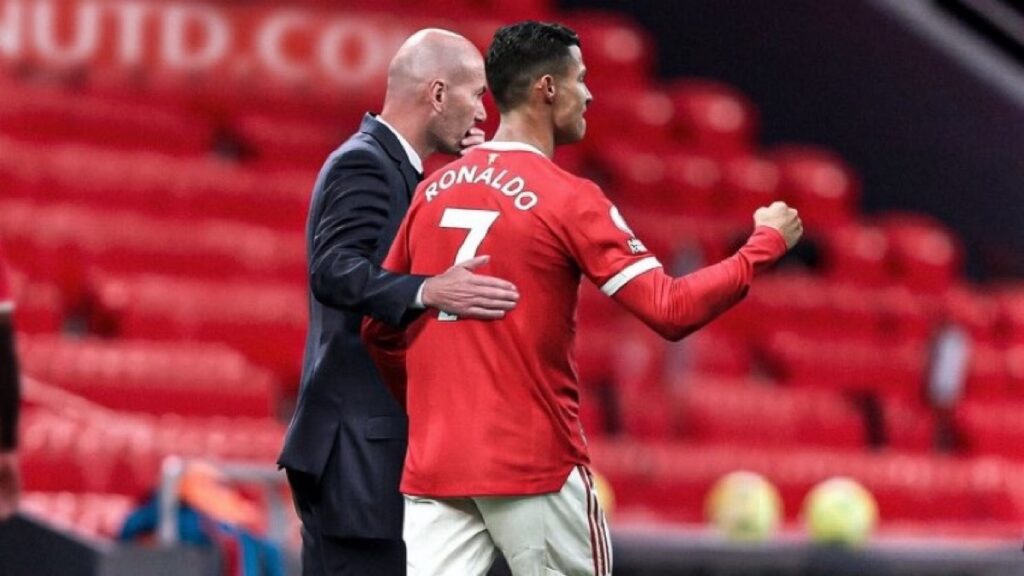 According to rumors in Spain, Manchester United called Zinedine Zidane during the international break to check on his availability after Cristiano Ronaldo recommended him.

After a 4-2 defeat at Leicester on Saturday, the Red Devils are again in danger of falling behind in the Premier League title race, and pressure is rising on Ole Gunnar Solskjaer.

Despite the statement signings of Ronaldo, Raphael Varane, and Jadon Sancho, the team appears to have regressed, and Solskjaer will be held responsible if the team fails to win trophies this season.

“Zidane can have the teams he wants,” he said on El Chiringuito TV last night. It’s an option that came up during the national team’s break.”

According to Inda, Ronaldo himself suggested his old manager to the board of directors.
Zidane is alleged to have turned down United, stating that he is focused on the France job.

However, Didier Deschamps is likely to lead Qatar in 2022, which means Zizou may have a long wait ahead of him.