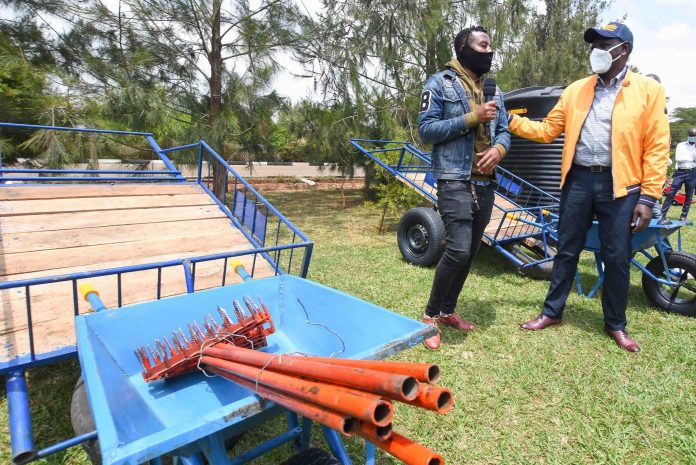 Deputy President William Ruto over the weekend launched the ‘hustler vs dynasties‘ campaign in style.- By Enock Mukoma

In a no-holds-barred tour of the coast province, Ruto said the time has come for the hustlers to be heard, and not President Uhuru Kenyatta or Former Prime Minister Raila Odinga.

He said the common man has nothing to eat, while leaders continue to sit pretty. He said the time has come for the people of Kenya to defy leaders who have no agenda for their survival during the hard economic times.

Ruto said he will launch a countrywide campaign to deal with the self-seekers, in a veiled attack on President Uhuru Kenyatta and Raila Odinga.

The scathing attack on his boss Uhuru Kenyatta and Raila Odinga is centered on the proposed constitutional changes proposed by the Building Bridges Initiative (BBI) taskforce.

The duo is expected to launch the (BBI) report and campaigns for change if the constitution.

However, Ruto is yet to support the initiative, being driven by the President and Raila.