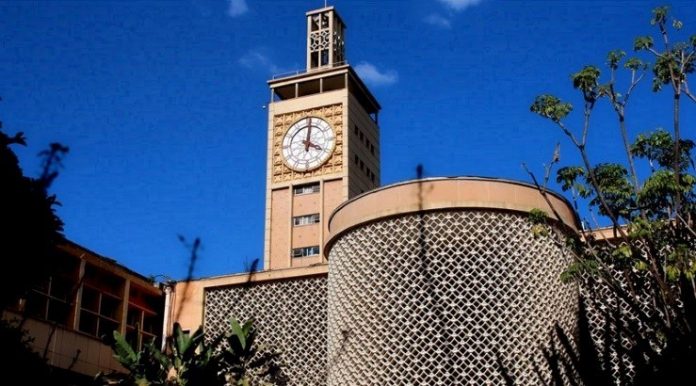 Detectives from the Kenyan police Criminal Investigations unit have launched an investigation on the mystrious dissapearance of Computers and other accessories donated by the China.

According to officials, the container logged “Diplomatic goods” had dissapeared while on its way to Nairobi, from the Mombasa Port.

On Tuesday, the said container arrived at Parliament, but when the seals were opened, it was found to be empty in what has shocked parliamentary officials, security forces and the Chinese Embassy in Nairobi.

“I made a decision that the DCI officers attached to Parliament Road Police Station be informed of this development which was done promptly,” the Clerk said.

The goods listed as laptops and computer projectors were a donation from the National People’s Congress of China and the consignment was to be delivered through the Chinese Embassy in Kenya.

In a statement, The Chinese Embassy confirmed that it had contracted a transit company, Bollore Africa to deliver the consignment but said the matter is now with the investigating police officers.

“We believe that with the professionalism of DCI, this matter will be resolved, and equipment recovered with their intervention. The Chinese side will continue with our support to our Kenyan brothers and sisters,” reads a statement by the Chinese Embassy.