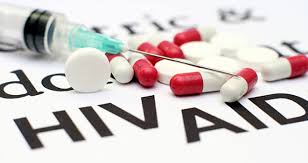 When the researchers used Concanamycin A to treat HIV-infected Nef-expressing cells, they found that it activated a particular type of immune cells, which then cleared off the HIV-infected cells

As per a report by the Joint United Nations Programme on HIV/AIDS by the United Nations in 2018, around 37.9 million people are living with Human Immunodeficiency Virus (HIV) across the globe. HIV is a virus that attacks the body’s immune system, making it prone to various other infections. It spreads through fluid exchange (blood, semen and vaginal secretions) between a healthy person and a person with HIV. Currently, there is no cure for HIV. However, a study published in the journal Proceedings of the National Academy of Sciences showed that a certain kind of antibiotic can prove effective in stimulating the immune system to clear the HIV infected cells by inhibiting a protein called Nef.

It was already established in 1998 that HIV uses Nef to confuse the body’s immune system and overrides a protein called major histocompatibility class I (MHC-I), present on the surface of the cell, which otherwise tells the immune cells that a particular cell is infected and needs to be discarded soon. Nef is an HIV-encoded accessory protein which increases the infective ability of the virus by suppressing MHC-I. Once MHC-I is disabled, the infected cells keep on proliferating, thereby spreading the infection.

In order to prevent the spread of infection, scientists needed to find a potent Nef inhibitor which restores the activity of MHC-I.

Initially, scientists from the University of Michigan examined different FDA-approved drugs or molecules that were already present in the market. The drug needs to be effective enough to override or restrict Nef, restore the functioning ability of MHC-I and allow the immune system, especially the cytotoxic T lymphocytes, to recognise the HIV-infected cells on their own and destroy them efficiently.

The scientists screened around 30,000 molecules and found that a class of antibiotic molecules called pleicomacrolides had the ability to inhibit Nef. Pleicomacrolides are usually used in laboratories to destroy lysosome, which is the part of a cell that helps in the digestion of worn-out cell parts, viruses and bacteria. However, they are toxic in nature and thus are not used as drugs.

On further examination, the team of scientists found that concanamycin A, a type of pleicomacrolide, could restrict the activity of Nef at much lower concentrations than those used to inhibit lysosomes. This reduced the chances of short-term toxicity in the surrounding cells.

When the researchers used concanamycin A to treat HIV-infected Nef-expressing cells, they found that it activated the cytotoxic T cells (a type of immune cells), which then cleared off the infected cells.

Scientists believe that while it seems a little risky right now, this research has the potential to become rewarding in future. However, more research needs to be done on this drug before it could be used for the treatment of those who have HIV.