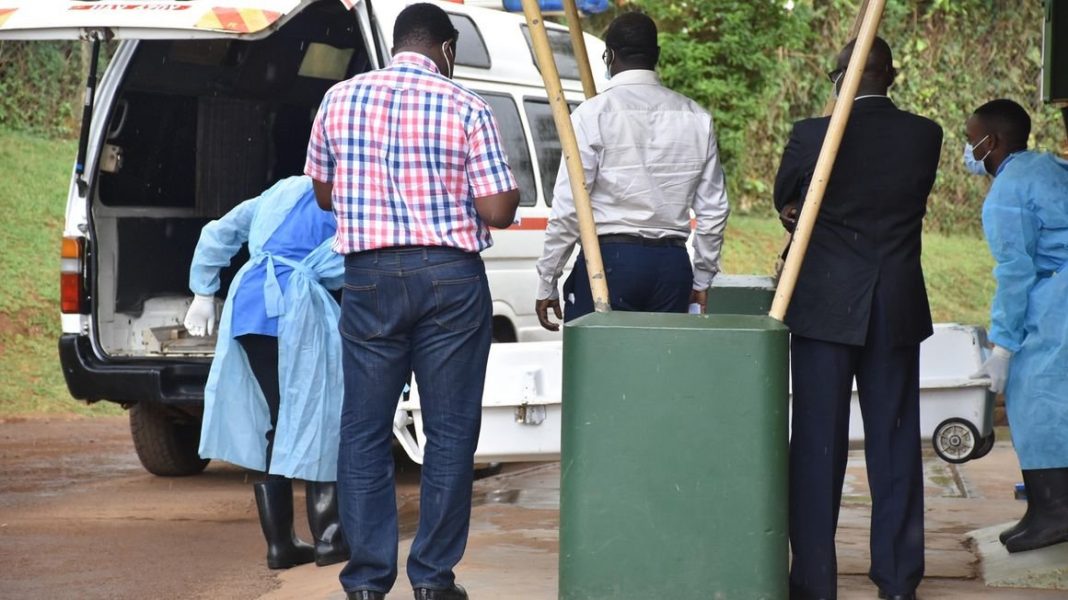 Mr Paul Mutiima, a footballer with the Kansanga Central Football team, said the ball went off the university pitch at 11 a.m., and when he went to fetch it, he discovered blood spots on the septic tank’s surface.

“I proceeded nearer the septic tank when I saw the blood streaks and saw a body floating.” “I called my coworkers and then the area chairman, who reported the incident to the cops,” he explained.

On Saturday, Mr. Mustafa Kamya, chairman of Kansanga Central Zone, said he heard the dead, whom he identified as Leonard Kato, chatting to a girl, the daughter of a boda boda rider named Kayiza.

According to Mr Kamya, Kayiza and the dead, a security officer, got into a heated debate about the girl, which turned into a brawl, leaving the rider helpless.

Mr Kamya went on to say that he was told Kayiza afterward enlisted the help of other boda boda riders, who tracked down the dead in his rental room and thrashed him before dumping him in the septic tank.

“After the altercation, the deceased’s wife arrived, and she attempted to contact the police, but the boda boda people threatened her and prevented her.

Mr Kamya claimed that before the woman went to her friend’s house, they searched her room and discovered two blood-stained blades, but Kato was missing.

“I instructed her to fetch a smartphone and take images since the police could need them if we report the event,” he explained.

Mr Kamya went on to say that he was taken aback when one of his neighbors notified him of a body in the septic tank. When he arrived, he discovered that he knew the individual.

At around lunchtime yesterday, a team of detectives from the Kabalagala Police Station went to the crime scene. The body, which had slashes on the chest and neck, was recovered by the cops.

The deceased was taken to the Mulago City Mortuary for a postmortem.