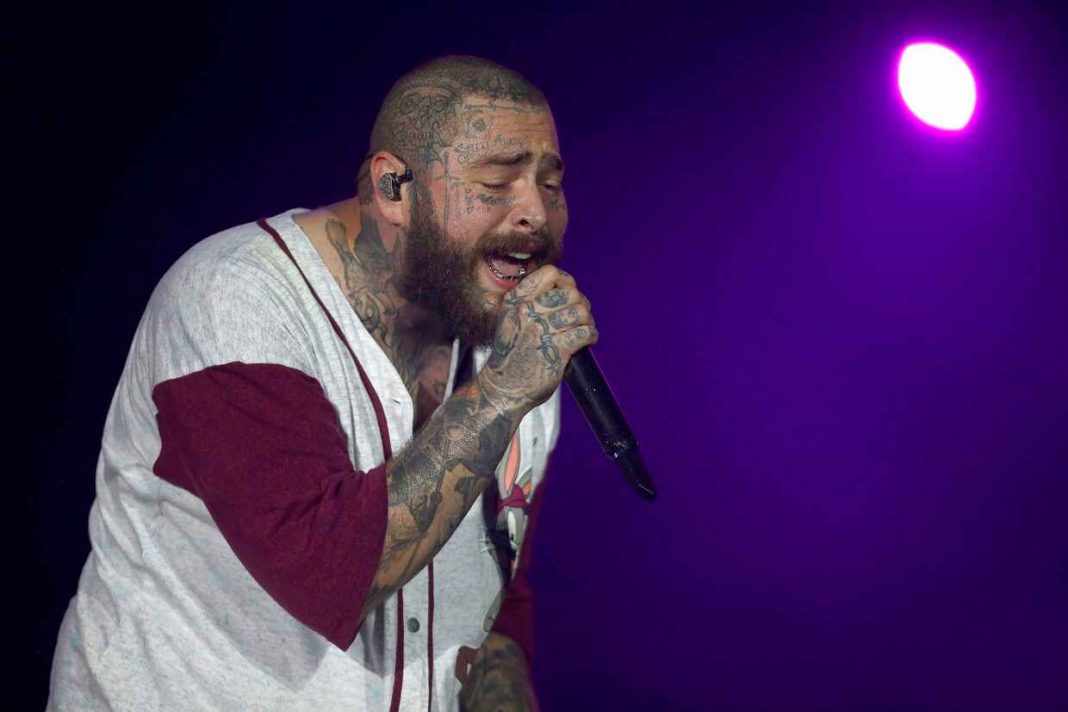 Rapper Post Malone bruised his ribs after falling through a hole on stage during a performance in St. Louis over the weekend, his manager said.

The 27-year-old artist was performing at the Enterprise Center in downtown St. Louis Saturday when he fell mid-song.

Video on social media appeared to show the singer fall into a trap door used to move equipment on and off stage, and roll over grimacing in pain and grabbing his ribs.

His manager, Dre London, shared a post-Sunday revealing the singer suffered bruised ribs in the fall, and is on the mend.

“We did X-rays @ hospital after the show & they declared he had bruised his ribs!” London said, thankful the singer didn’t break any ribs.

He praised Post Malone for continuing the sing and finish the show, even after the accident.

“In true Posty fashion loving his fans, he finished the show! I truly don’t know any artist like him,” London wrote.

He also shared a video message from Post Malone himself, which the artist shared on Twitter, explaining the tricky fall.

“So whenever we do the acoustic part of the show, the guitars on the guitar stand goes down and there’s this big a– hole, so I go around there, I turn the corner and bust my a–,” Post Malone explained. “Winded me pretty good.”

The rapper said he intends to continue with the tour after visiting the hospital, where he received pain medications.

“I just want to apologize to everyone in St. Louis and I want to say thank you so much for coming to the show and next time we come round this way we’re gonna do a 2-hour show for you,” he said.