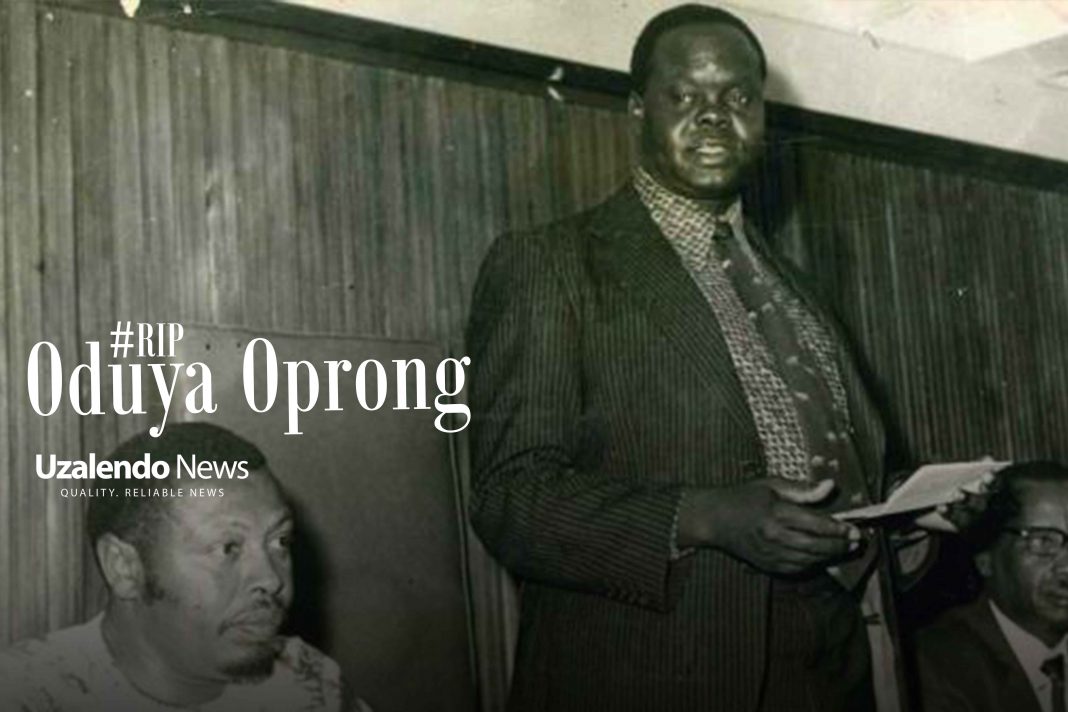 President Uhuru Kenyatta has sent a message of condolence and comfort to the family of the late former Assistant Minister Fredrick Oduya Oprong who passed away at a Nairobi hospital last Saturday.

In his message, President Kenyatta described the late politician and trade unionists as an icon of Kenya’s independence struggle, a true servant of the people and  patriot.

“The late Fredrick Oduya Oprong was a legend in his own right having founded the Kenya Mines, Quarry and Workers Union in which he later became its Secretary General championing the rights of the workers, thereby contributing to betterment of the workers environment and welfare in this country, ” the President said.

“The late politician will also be remembered for his contribution to the struggle for Kenya’s independence in the 1960’s and for his service as an Assistant Minister in Mzee Jomo Kenyatta and President Moi’s administrations,” he added.

President Kenyatta pointed out that the late Oprong played a key role in the government having understood what was required to expand the country’s economic growth.

“It was due to his grasp of the workers issues that he was appointed to serve as an Assistant Minister for Economic Planning and National Development. This was to enable the government to formulate policies which would help in fast tracking the country’s economic growth,” the President eulogised.

The Head of State pointed out that the late politician was a role model to many especially to young politicians from Busia County.

“As an elder and wise leader, the late Oprong was very generous, he at no time refused to share knowledge with others who sought his guidance,” said the President.

The President prayed God to give comfort and fortitude to the family, relatives and friends at this difficult time of mourning.